The Shoos – Battlescars from Panic Slowly, 2012 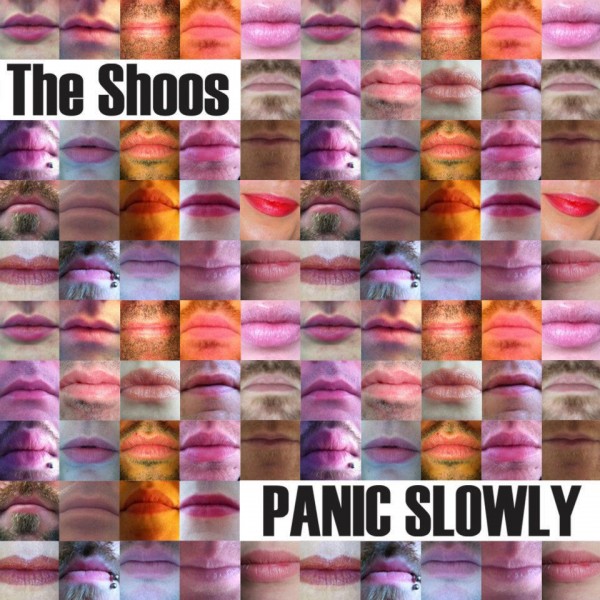 Patrick (from The Life of Stuff) and I were invited along to The Shoos launch party of their new single ‘Battlescars‘ from their 2012 and second album ‘Panic Slowly‘. It was actually a double whammy as the lads were also filming the new video for their song ‘That’s What She Does To Me‘, with Live Graffiti Art, which was carried out and photographed (it’s going to be time-lapse style) by the artistic Jeff, Paddy and Michael … fair play lads! It all took place in The Showroom on Erne Street Dublin 2, as the lads said themselves, they wanted something different. And different it was. We were treated to a free dinner courtesy of El Porko Loco, who dished out delicious mexican burritos, nacho’s and smokey chipotle sauce … they were feckin yummy! We drank redbull if we were thirsty for a pep in our step and for a skip in our step we were treated to a glass (or more) of J.W. Sweetman’s Pale Ale – it went down a treat I must say, so I’ll be calling in and ordering a pint of the good stuff next time I’m on Burgh Quay. To top it off we had a selection of dairy free Nobó ice-cream – however you liked it, in a bowl or in a cone, I choose a cone cause I like them. Outside The Showroom waiting like a getaway were the vans from Splitter Van Ireland. 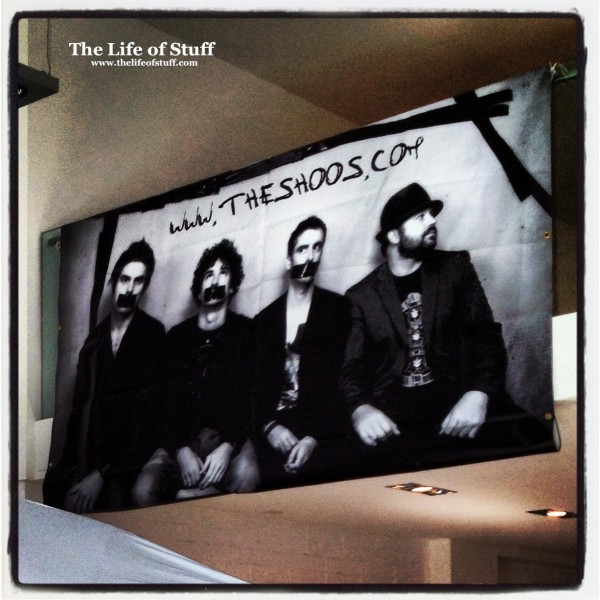 Ok so back to The Shoos … the Dublin band, played five tracks/songs from Panic Slowly. To be honest I’m a new fan so have not had the pleasure of seeing/hearing them live and have only listened to or watched them on youtube etc. My conclusion having witnessed them in The Showroom is that they are a band you will want to see LIVE. This evening the band was plus a cajun box drum and minus a drum set. The sound was great and they were flawless, however I am looking forward to witnessing them minus a showroom in a live venue plus a drum set (and maybe a cajun box drum too). This evening I particularly loved ‘Western Zombie‘ and the anthem-like ‘Battlecars‘, their new song ‘That’s What She Does To Me‘ is definitely a grower.

The Shoos’ next gig will be the Dun Laoighaire Music Festival on June 22nd, I’m not too sure about their other gigs. I probably should have asked the lads when I met them but I was high on graffiti paint and burritos. For more information about the band you can check out their website here. To connect with them you can follow them on Facebook here or/and Twitter here. For now you can check out a few of my pics from the evening and the brilliant video for ‘Battlecars‘ … Enjoy! 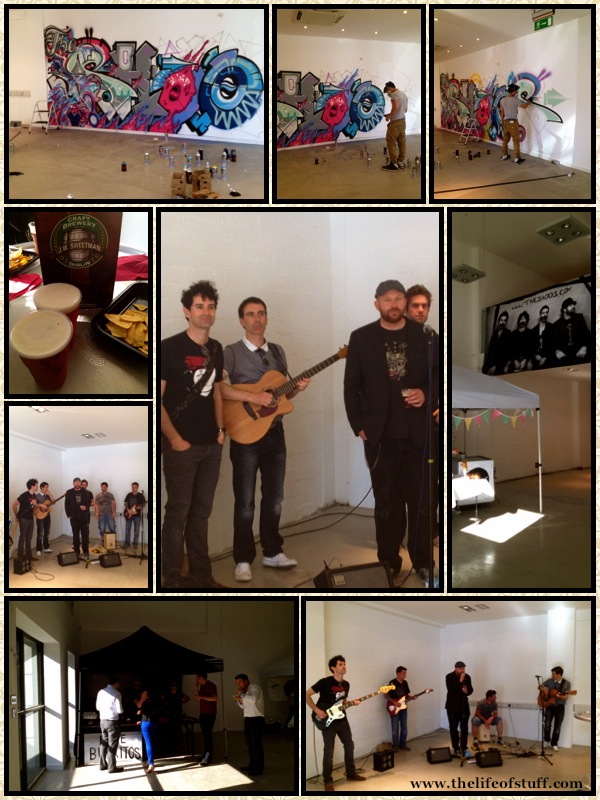 Note: Patrick and I were gratefully invited to the Launch Party through The Life of Stuff by The Shoos through Orchestrate Marketing & PR, however all the words, photo’s and opinions are my own … sure who else’s would they be?

The Life of Stuff and The Liebster Award