Many know Bengaluru, the capital of India’s southern state of Karnataka as Bangalore. In fact when planning a trip, a search for flights or resorts and hotels in Bangalore will ultimately produce the same results. However did you know that on November 1st 2014, and coinciding with Karnataka Rajyotsava (Karnataka Formation Day), the city officially changed its name to Bengaluru?

Bengaluru is the centre of India‘s high-tech industry. But it’s also a city rich in architecture, both ancient and modern. Its parks and nightlife are the highlight of those who live there, and those who visit. And its history and culture can be found throughout its museums. But also on its streets, particularly through its street food and markets.

The Best Time to Visit Bengaluru

The best time to visit Bengaluru is during the Winter Season. This is from November to February. It can get chilly, and dip to about 10 – 12 degrees Celsius, but it also rises to the high twenties. So it’s the perfect weather for sightseeing. After that the next best time to visit is during the Summer Season. This lasts from March to May. Temperatures around this time range between 20 and 38 degrees Celsius. And so not as cool and calm as the Winter Season, but it can still be an enjoyable time to visit. The Monsoon Season that lasts between June and September brings cooler weather. But with guaranteed rainfall, it might not be ideal for those daily excursions.

Top 21 Things to See and Do in Bengaluru 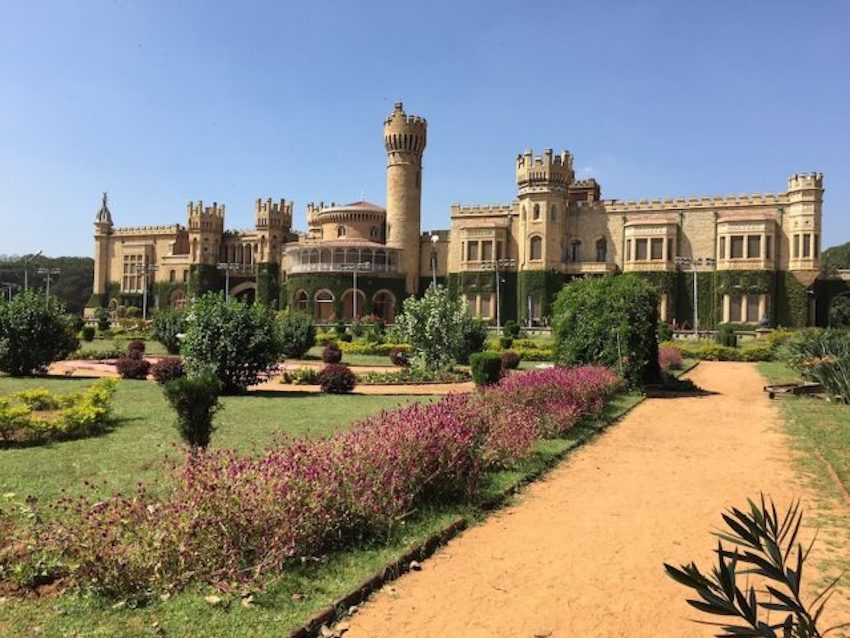 Rev. J. Garrett built Bangalore Palace. He was the first principal of Central High School (Central College) in the 1870’s. And so explains the Tudor style architecture. The grounds which spread across 450 acres are open to the public. They are also used as a cultural and music venue.

Tippu Sultan’s Summer Palace was built in 1791 for the Tipu Sultan. He ruled the Kingdom of Mysore from the year 1782 to 1799. The mansion is made entirely of teak wood. And displays stunning craftsmanship and architecture.

Vidhana Soudha is the largest legislative building in India. It houses the legislative chambers of the state of Karnataka and is built in the style of ‘Neo-Dravidian’ architecture. This stunning building is also known as the ‘Taj Mahal of South India’.

Housed in the Manikyavelu Mansion, the National Gallery of Modern Art opened its doors to the public in 2009. The Ministry of Culture runs the gallery. And when visiting expect displays of works that celebrate the historical development of modern art in India.

This Visual Art complex has eighteen galleries. Thirteen of which carry permanent collections of paintings, sculptures and folk art. The other five are used for temporary exhibitions and so change throughout the year.

Venkatappa Art Gallery should be added to your sightseeing schedule when visiting Cubbon Park. In fact after your visit you can pop next door to the Bangalore Museum. The gallery is small but those who appreciate art will appreciate Venkatappa’s works.

This popular bookstore with a focus on ‘Indian Vernacular Writing’ is also a venue for literary, art and cultural events. It also serves coffee. And encourages a space where creatives can come together to create.

Opening Hours: Times depend on course or programme

Located 21Km from the city centre, the Art of Living Centre, which was founded in 1986 is spread over 65 acres. It’s the place to visit to learn the ‘art of living’. Which is done through spiritual retreats and mindfulness – meditation and yoga. You can also learn about their humanitarian achievements and missions.

One of the oldest museums in India, the Government Museum is itself an archaeological museum. It houses rare artefacts that include jewellery, sculpture and coins. The museum is also home to the Halmidi inscription. Which at 450AD is the earliest Kannada inscription ever found.

The Indian Music Experience is India’s only interactive music museum. The goal of the museum is to encourage understanding and develop an appreciation for Indian music, in all its genres. From traditional to the contemporary music. The museum does this through exhibitions, performances and activities.

Opening Hours: Get there from 7am for the best photography opportunities.

The KR Market, known better as the City Market is one of the largest wholesale markets in India. Spread over three floors the market sells flowers and vegetables on the ground floor. Dried goods on the first floor. And machinery and tools on the third floor. You may not be shopping for these items but it’s definitely worth a visit to witness the buying and selling.

Also known as Thindi Beedi (Eat Street), VV Puram Food Street comes to life from around 7pm each evening. Specialising in vegetarian food, street vendors serve locals and visitors a wide selection of cuisines. Try some South-Indian cuisine such as a crispy dosa, or North-Indian Chaat. Enjoy Mumbai-style Pav Bhaji street food or Rajasthani favourites such as Dal Bati. Whatever you decide, expect a whirlwind of food to explore.

The construction of the ISKCON Temple in Bengaluru started in 1990. It took 600 skilled craftsmen more than 10 million man-hours to construct it. 32,000 cubic meters of stone were used! Completed seven years later in 1997, the temple is considered an architectural wonder.

Bull Temple or Nandi Temple in Bengaluru is an ancient temple. Built around 1537 it is famous for being home to one of the largest sacred bull (Nandi) statues in the world. The statue which is approximately 15ft high and 20ft long attracts visitors and devotees from all over the world.

Address: In the heart of the city approximately 4km from Vidhana Soudha.

Spread out over 240 acres the lush gardens of Lalbagh are an oasis in the heart of Bengaluru. Lalbagh Gardens is regarded as one of the most beautiful gardens in the East. It’s valued for its open spaces, manicured lawns, flowers and fauna, and of course ‘The Glasshouse’. This beautiful piece of architecture, pictured below, was inspired by London’s Crystal Palace. Other highlights include a deer paddock, lake, bandstand, cottage, museum, and numerous statues.

Spread over 334 acres, Cubbon Park dates back to 1870. The park is known for its tree-lined paths. In actual fact there are over 6000 species in the park. You’ll also find a number of cultural institutions and government buildings connected to the park. Most of these are either in the park or on its periphery. Examples are: the High Court Buildings, Indira Priyadarshini Children’s Library, and the Government Museum.

Ulsoor Lake is one of the largest and most beautiful lakes in Bengaluru. It’s located north east of the city, and approximately 15 minutes away by car. It’s named after the Ulsoor area it can be found in. And if you visit in August/September you’ll witness the lake as a venue for the Ganesh Chaturthi Festival.

With over a million visitors per year, Innovative Film City is the first of its kind in India. From Tribal and Fossil Museums to dedicated Photo Shoot locations. It’s an amusement park and interactive movie studio packed with family-friendly activities to keep everyone entertained.

Enjoy the choice of over 60 amusement park rides. Laze by the pool or dine out at one of a number of restaurants onsite. Wonderla has everything you’d expect from a leading amusement park. From land rides to water slides. There’s something for all the family. And a thrill for every thrill seeker.

Introduced to the city in 1996, the fountain is one of the most advanced dancing fountains in India. It uses 100 lights, and synchronises the fountain water with music to create an illusion of a folk or group dance. 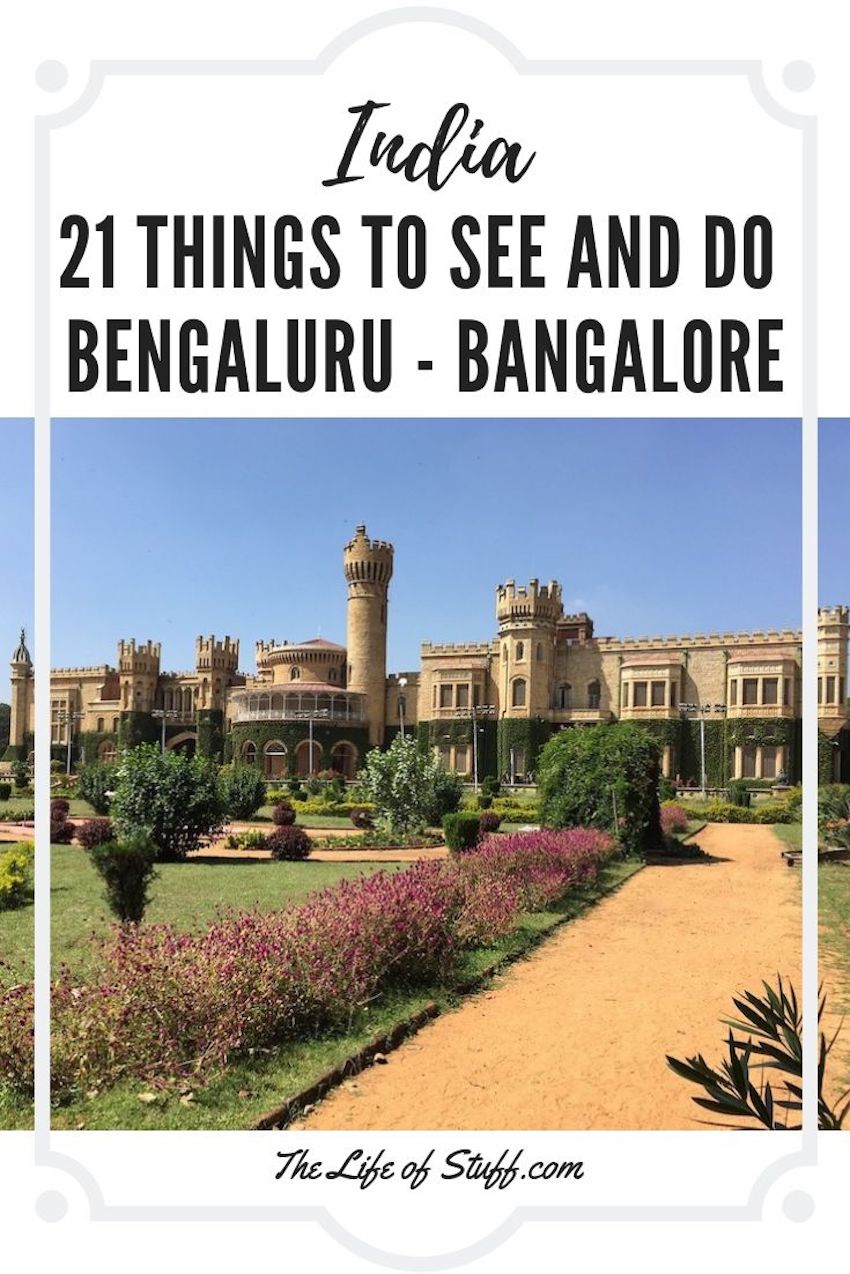 20 Ulysses Quotes by James Joyce to Awaken the Mind