I was going to construct some sort of mixed tape as this week’s offering, a lump of songs from an assortment of bands who have just a song (maybe two) worth hearing /noting. But I’m writing this on the train home already a day late. Blame someone else. It’s my fault, no doubt, but I would like to pass the blame.

So instead I’ll talk about the unscrupulous ****s that actively attempt and often succeed in swindling me out of my earnings. It tends only to occur to me after, but the evidence is there, a large pile of unloved albums with no real future, they will gather dust and moisture, I might hack them up and keep nice bits but more than likely they’ll go to a charity shop or the bin. Bin probably because it pains me to know I’ve been duped, outwitted by superior cunning.

I heard Melissa Auf der Maur’s (ex pumpkin) “Follow the Waves”. Smitten, I got the album. I very soon realised the offered track was the only one worth hearing. (transcribing this nonsense for the blog, I hear “Follow the Waves” and it’s a bit shit, so the whole album is shit then) But they had my money and 10 years later I’m telling you. I’m not bitter. Definitely not bitter at all. Bastards!! 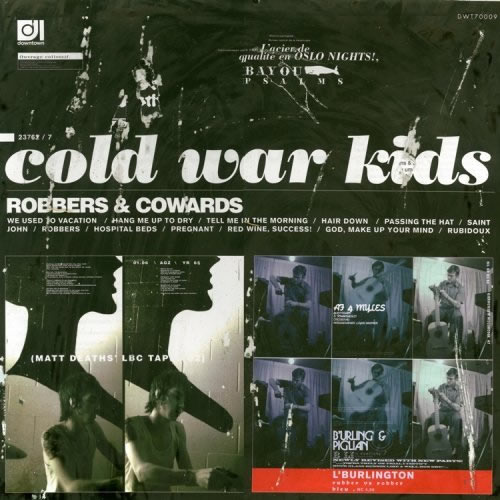 Cold War Kids – Robbers & Cowards on the other hand is an album I really should buy, 6ish years I’ve enjoyed this album which was originally a loan. And I suppose still is. I’m not giving it back! A heady mixture of percussion and other things. The drums are the main course. It’s raw for West Coast Indie Rock, bit of New York Punk, Blues, etc. It’s interesting. Not bearded lady eating chicken wings interesting but intelligent songwriting interesting. The vocals might grate but I don’t really care.

It’s a great deal better than some of the crap I’ve paid for over the years. “Hang me out to dry” best known. “Hair down” “Hospital Beds” “Saint John” all great tracks.

Cold War Kids – Hang Me Out To Dry

Further Reading: The Life of Stuff Listen of the Week

Top 21 Things to See and Do in Bengaluru (Bangalore) India