If you are unsure of where to find the house just keep an eye out for the sign saying ‘Haunted House’ on the cobbled street outside its front door.

I knew where to find it without this sign as I had walked by the place on many occasions both in broad daylight and by the glow of the street lights and had always found it spookingly eerie … and my intuition was right to. 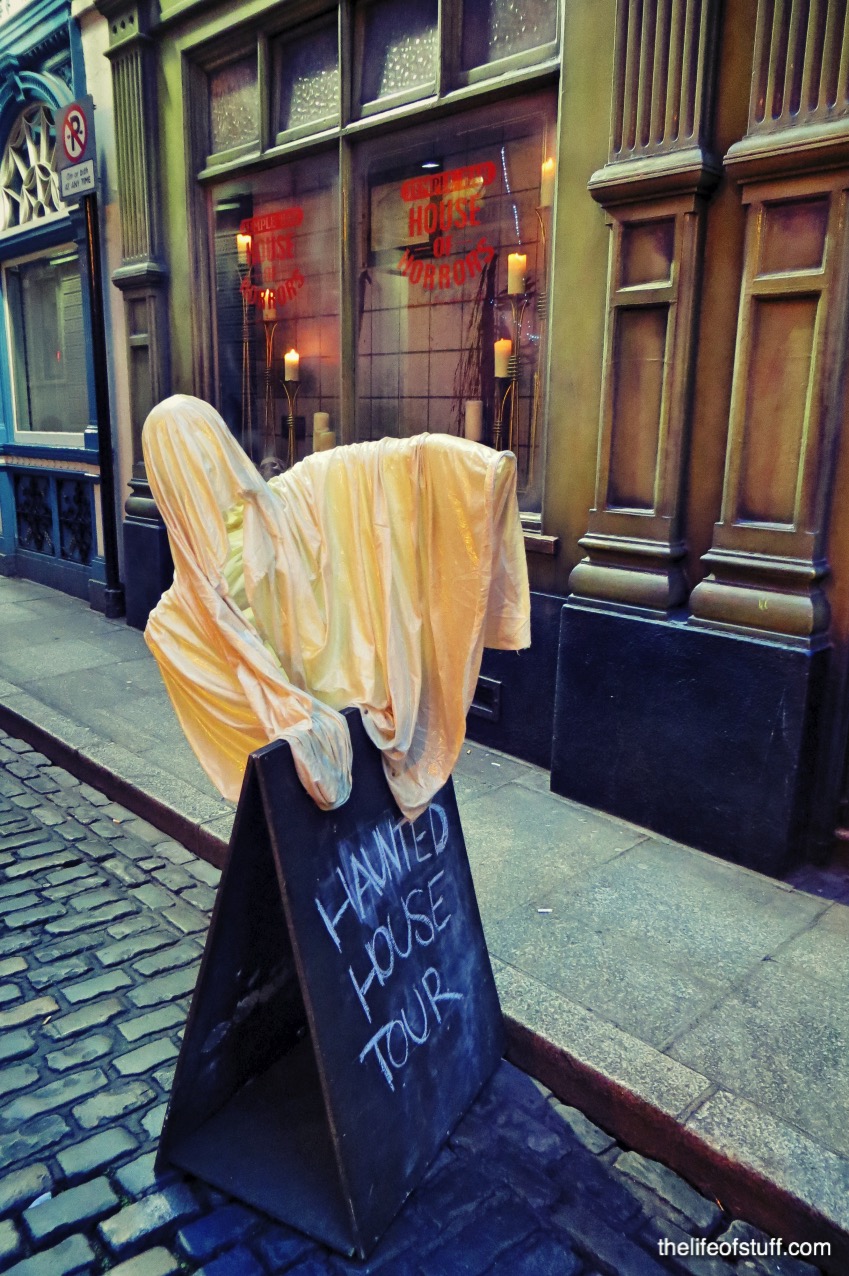 Patrick and I paid a visit to the House of Horrors on Sunday last. Smith stayed safely with Granny as we two, who love a good fright dared and entered the house.

We were warmly greeted by Michelle at the doorway and she led us into the hallway and then the reception room. There we took in our dimly lit surroundings of burnt but not lit wax dripped candles, antique furniture, photographs and framed posters. 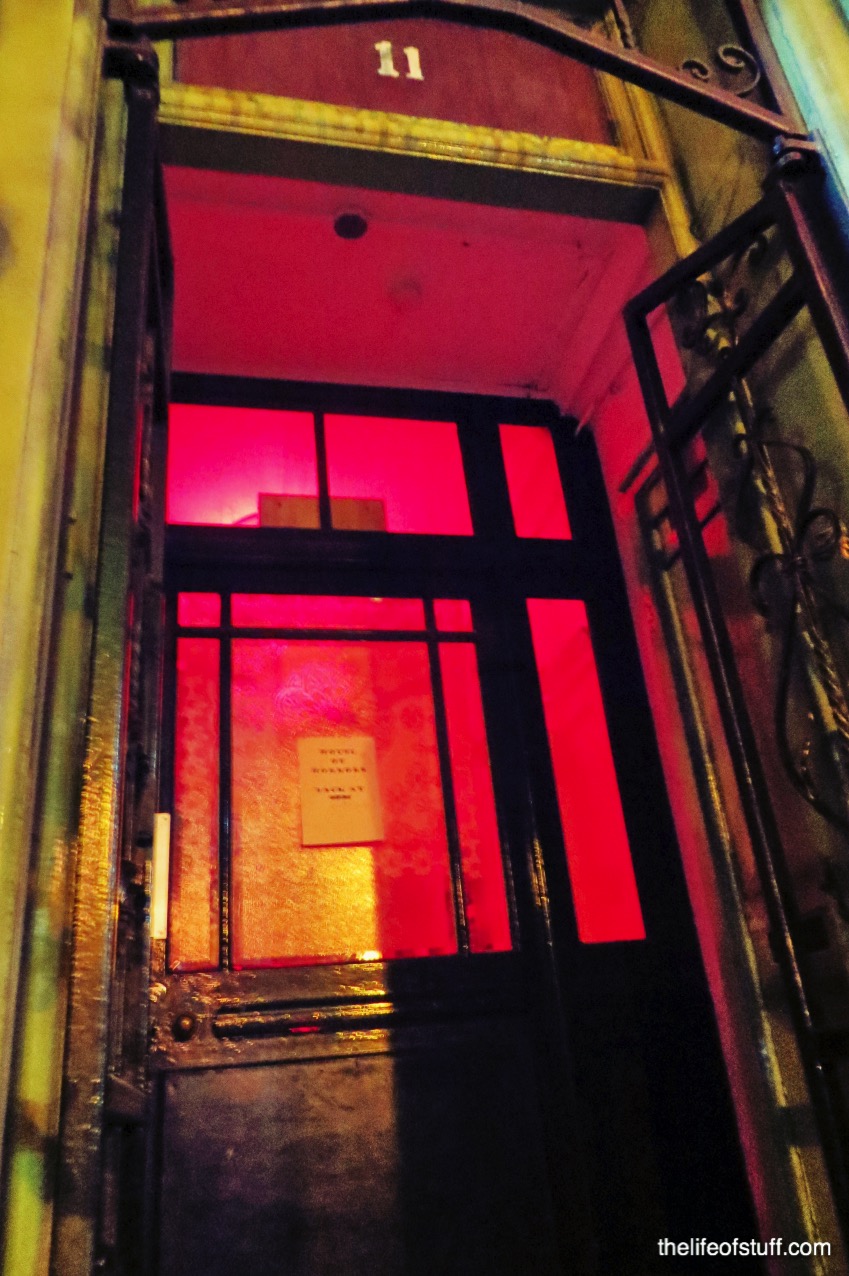 Guests arrived and when our tour was full (there were about ten of us in total) we were requested to turn off our phones because they interrupt with the infrared cameras that are set up in each room we were due to visit. We were then ushered through to the main hallway which gave a glimpse of what to expect with its winding stairs both up and down. Our anticipation grew. 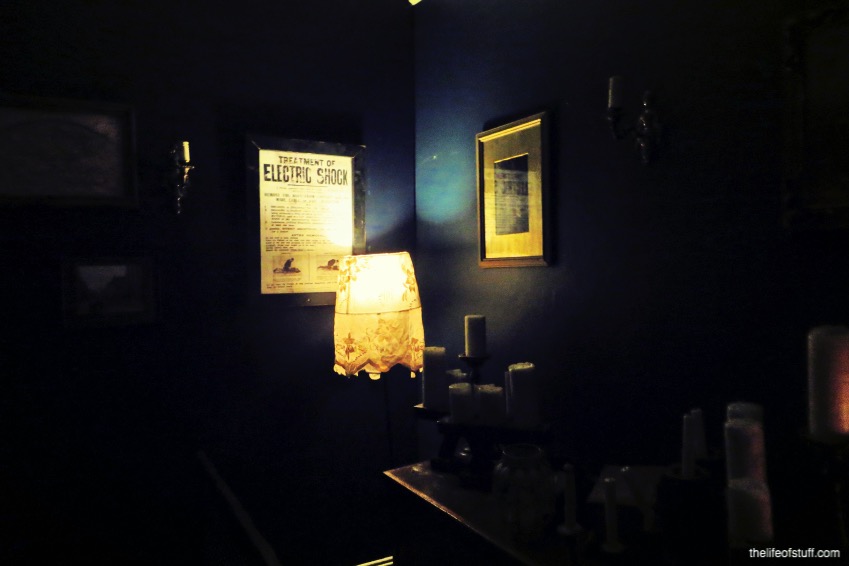 After a minutes wait Michelle introduced us to Alan, the current caretaker of the house, softly spoken and vintage attired. Alan was to be our tour guide for the night, well for the next twenty or so minutes that awaited us … that was if we lasted the full tour, apparently it could all become a little too much.

Alan had our attention from the beginning and honestly never lost it. He began by telling us about the history of the house which was built in 1840 by Bertrand, a wealthy landowner in Ireland at the time. Bertrand wasn’t a very honest employer, and had special ways of keeping the tunnels he had excavated under the city secret … Let’s just say he saved quite a penny on payroll and we’ve seen the scratch marks to prove it.

Bertrand had a daughter Helena, who suffered greatly with mental illness, a serious health issue that should never be taken lightly, especially if it is added to a fascination with dark magic. After loosing her first-born, she became obsessed with helping children and opened the house as a care home. The only thing is, the children she took in never got out and with the findings of human bones on site it’s easy to work out what happened to those poor little souls.

Whether her black magic worked or not, Lucien was born shortly after her first son had died. From an early age he was aloof and a little bit different to the other children. He was intelligent and became a doctor but his bedside manners didn’t earn him the place as a ‘mammy’s boy’ because it is said that he tied Helena to her bed both morning and night as she grew old and frail. Out in the world he wasn’t any nicer and was barred from practicing as a doctor due to his illegal abortions, experiments on live patients and those who had been laid to rest.

Guided from room to room, I cowered in Patrick’s arms like a frightened little girl. I let out more than one scream and a couple of yelps, thankfully though I wasn’t the only one. I would love to see a night vision recording of our tour as grown men and women kept close to each other, sometimes huddled in the dark waiting for the next brush with the unknown. 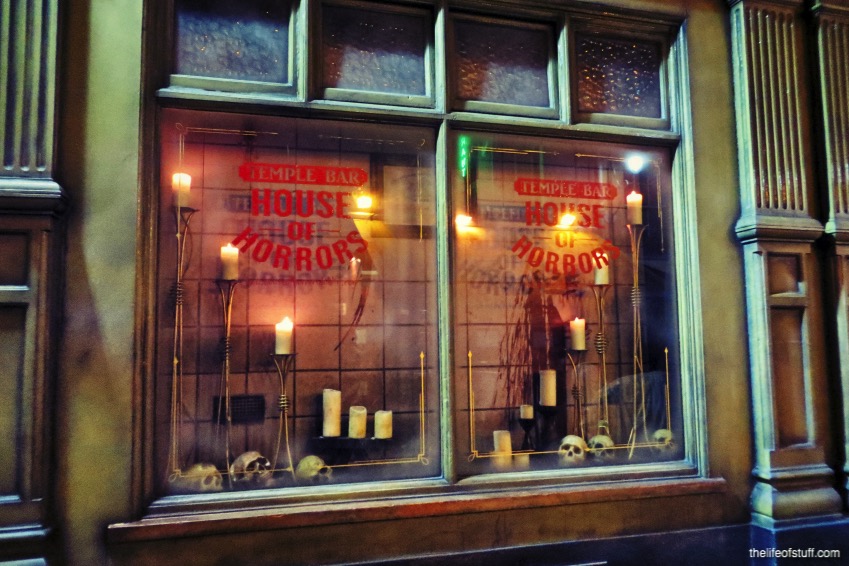 I could go into detail of what to expect but where’s the joy in that? What I will tell you is that if you like a good fright, whether you are with family or friends, your partner or on a first date, then this is the tour for you … but be prepared for darkness, cobwebs, unexplained brushes with the unknown and if you’re a real scaredy cat, a clean pair of underwear.

Would I go again? Definitely!

Tickets are €15 per person from Hidden Dublin. Children under 13 are not permitted and those aged 13- 16 years must be accompanied by an adult.