It’s hard to imagine too many works of literature with much more lasting influence than Jules Verne’s ‘Around The World In Eighty Days.” Written back in 1873, it still stands as one of the great adventure novels in the world for people of all ages, and it still exerts a strong influence on pop culture. 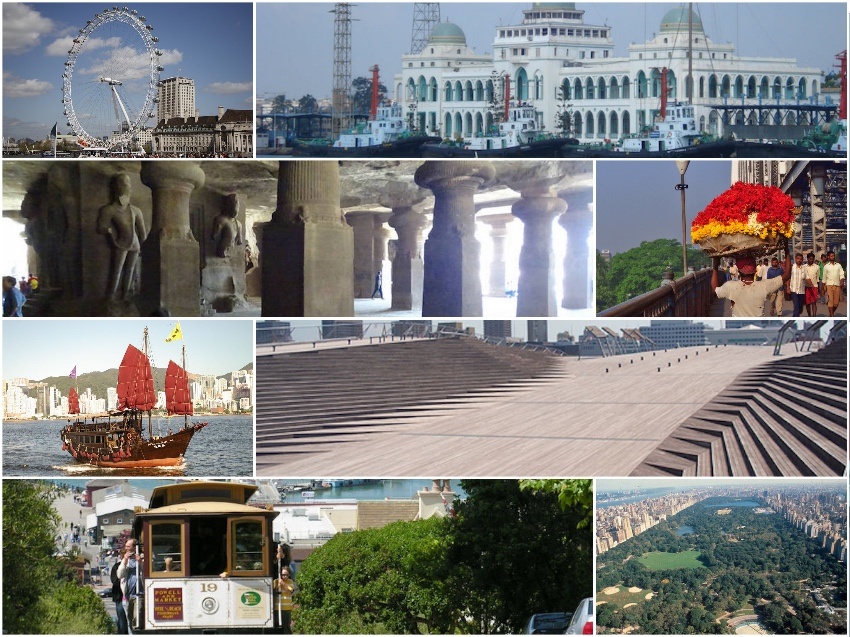 There have been numerous films crafted as adaptations of the novel, with the most recent example coming in 2004. That project starred Jackie Chan and Steve Coogan, and though it was a little bit of a goofy version of the story and suffered at the box office, the fact that it was made demonstrated the lingering popularity of the novel.

In the years since that film, ‘Around The World In Eighty Days’ has been used as the subject matter for a few different video games as well. “Around The World” is more of a guessing game invoking the globetrotting nature of the story upon which it’s based. Meanwhile, there’s also a mobile game based on the story that works almost like a storybook that you can play through.

All of these adaptations have helped to keep Jules Verne’s novel alive in a way that doesn’t happen for many books that are over 100 years old. But below, we want to look into a different way to enjoy this literary classic. And that’s by actually travelling the route that Phileas Fogg and Passapartout embarked on to see the world! The fully itinerary was posted, along with the modes of transportation set forth in the novel, by World For Learning. Here we’ll look not at how to get from point A to point B (which has become far simpler these days), but instead what to do in each of the eight destinations highlighted in the book. 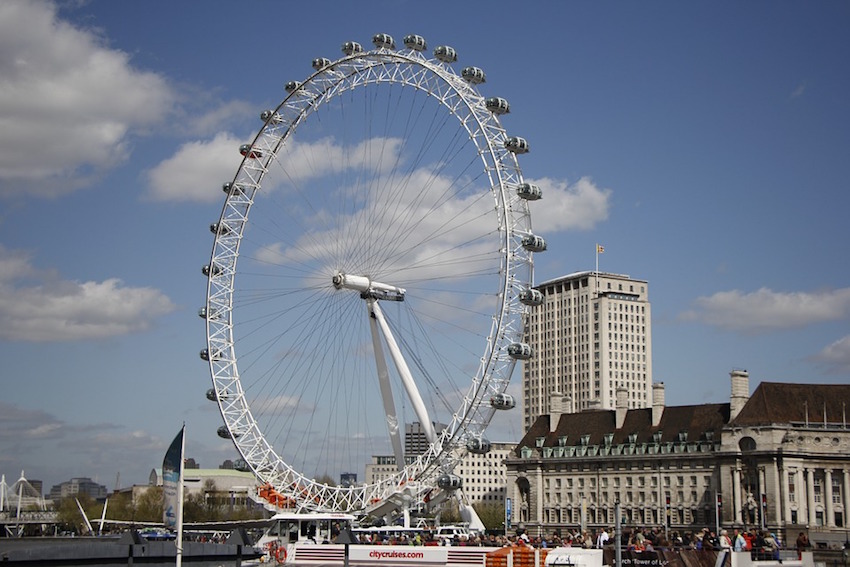 Even for people living in Ireland, London can be a thrilling travel destination, and it’s nearly impossible to pick a single thing to do there. The city is packed with history and culture, and a proper trip would see you staying for days to experience as much as possible. But in the interest of plotting a global travel route and keeping it simple, riding the London Eye would seem to be a priority.

Certainly, this is considered to be a “tourist activity,” and therefore might turn some travellers off. But it’s also the best way there is to truly see the all of London from a unique vantage point. A walking tour is wonderful too, particularly given that landmarks like Big Ben, the Houses of Parliament, and Westminster Abbey are all in relatively close proximity to each other. 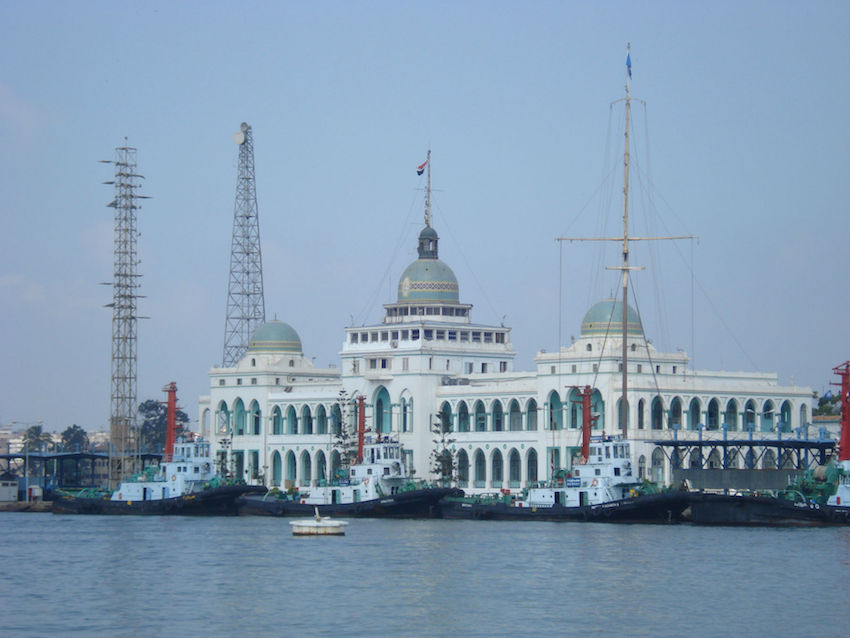 Suez might not be the tourism hot spot Jules Verne imagined it as any longer, particularly given that it’s not too far from Cairo (which draws a bigger crowd). However, it’s a fascinating place to visit precisely because it’s something of a relic of the past.

In Suez, the goal ought to be to tour the Waterfront Quarter, where you can almost feel the historical importance of a canal city that’s been passed between empires for hundreds of years. The array of architectural influences in the area by the water is fascinating and you may just find some terrific seafood as well! 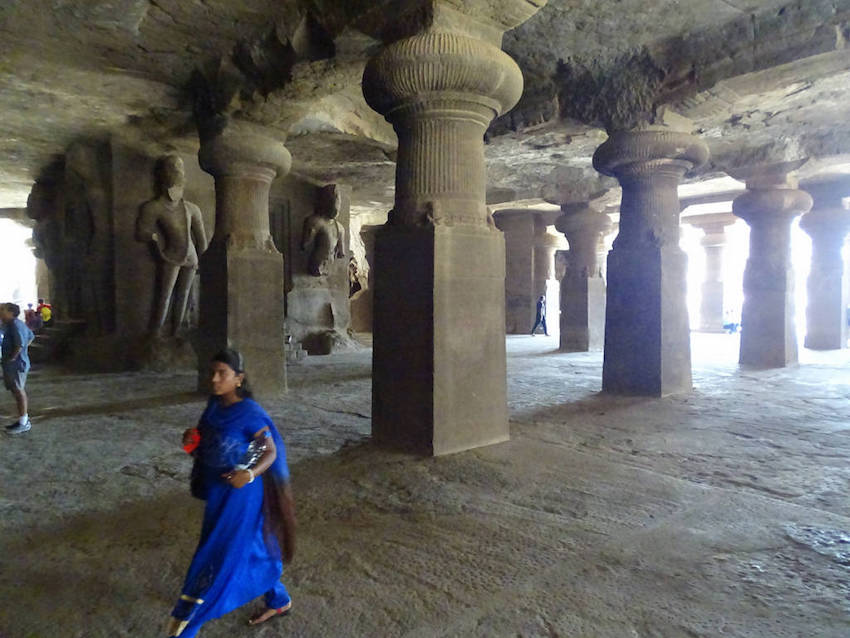 Mumbai, the city formerly known as Bombay, is one of the more interesting cities in Europe, and has been absolutely doused in cultural and religious influence over the years. Like London, it ought to be properly explored over the course of many days. But on a quick stop during a worldwide tour, it would be wise to explore Elephanta Island.

Unfortunately, the stone elephant for which the island was named collapsed in the early-19th century, but this area still represents some of India’s most impressive temple carvings, featuring a full labyrinth of statues designed hundreds of years ago. The main attraction is a towering depiction of Shiva that stands at about six metres high. 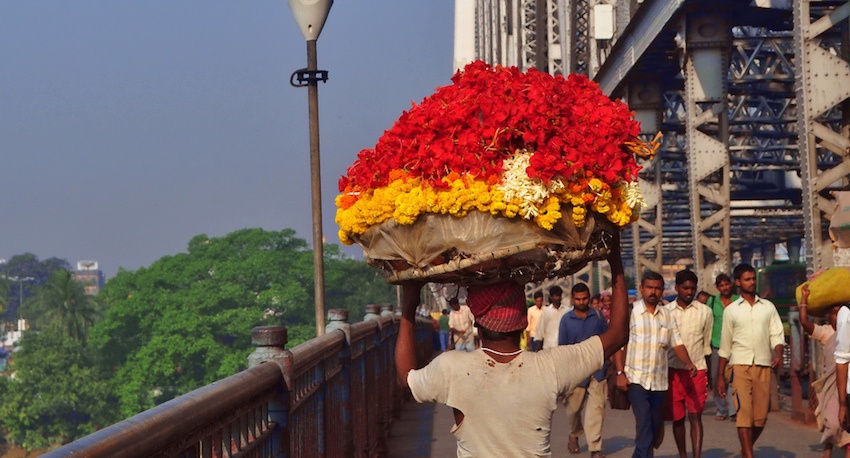 Now known as Kolkata, this former capital is still a sort of cultural hub in modern India. There’s a great deal to do in the city, but you’ll enjoy one of the more unique cultural experiences in the world if you take a stroll across (and under) Howrah Bridge. This is a beautiful (if crowded) walking bridge, and beneath it sits a legendary flower market where street vendors and consumers bustle day and night. It’s a wonderful thing to see. 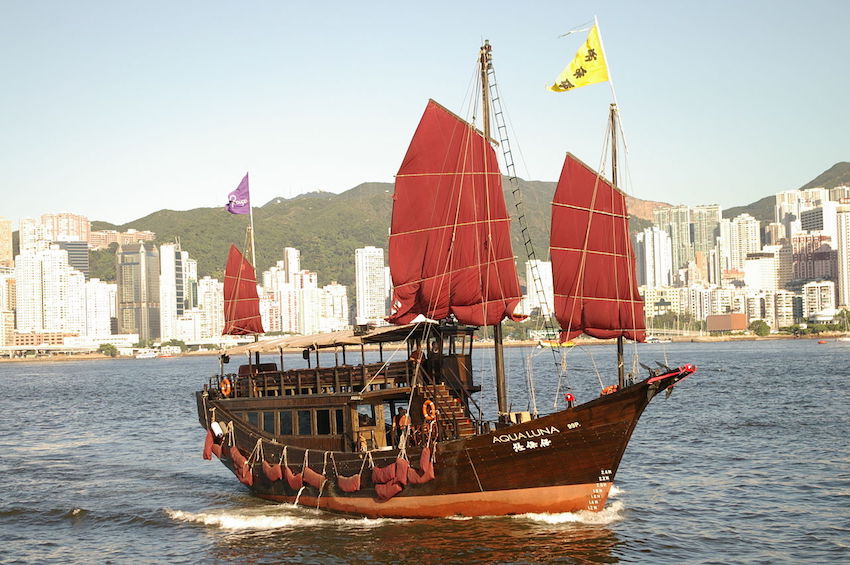 It’s difficult to find a metric to support this claim, but Hong Kong may be one of the more underrated tourist destinations in the world. That is to say, it doesn’t seem to be on too many people’s travel bucket lists, but it’s hard to find someone who’s been there and didn’t love it.

The city is packed with sights and attractions, and you can even take an approach similar to that suggested with the London Eye and simply look down on the city from Victoria Peak if your main goal is just to see the city. However, Fodors recommends chartering a junk boat to spend up to seven hours on the water in the city with friends, food, and an open bar. (Probably not what Jules Verne had in mind!) 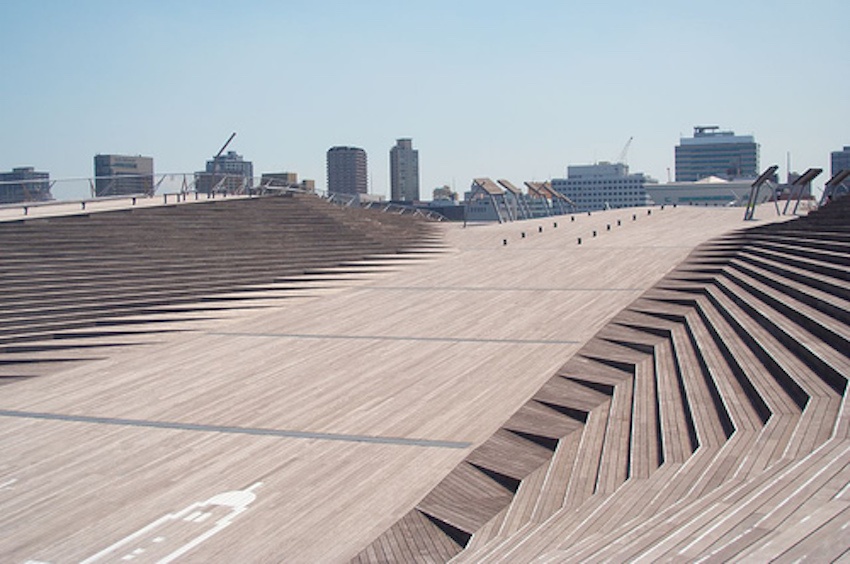 Once the most densely populated city in Japan, Yokohama remains a massive metropolis that isn’t always mentioned in this context simply because Tokyo has become so large. But some would tell you that Yokohama is actually more fun to visit. To pick just one activity here is difficult as well, but a stroll down the Osanbashi Pier has to be high on the list. The 19th century pier is a very unique structure in and of itself, but it also offers a spectacular view of the Yokohama skyline. 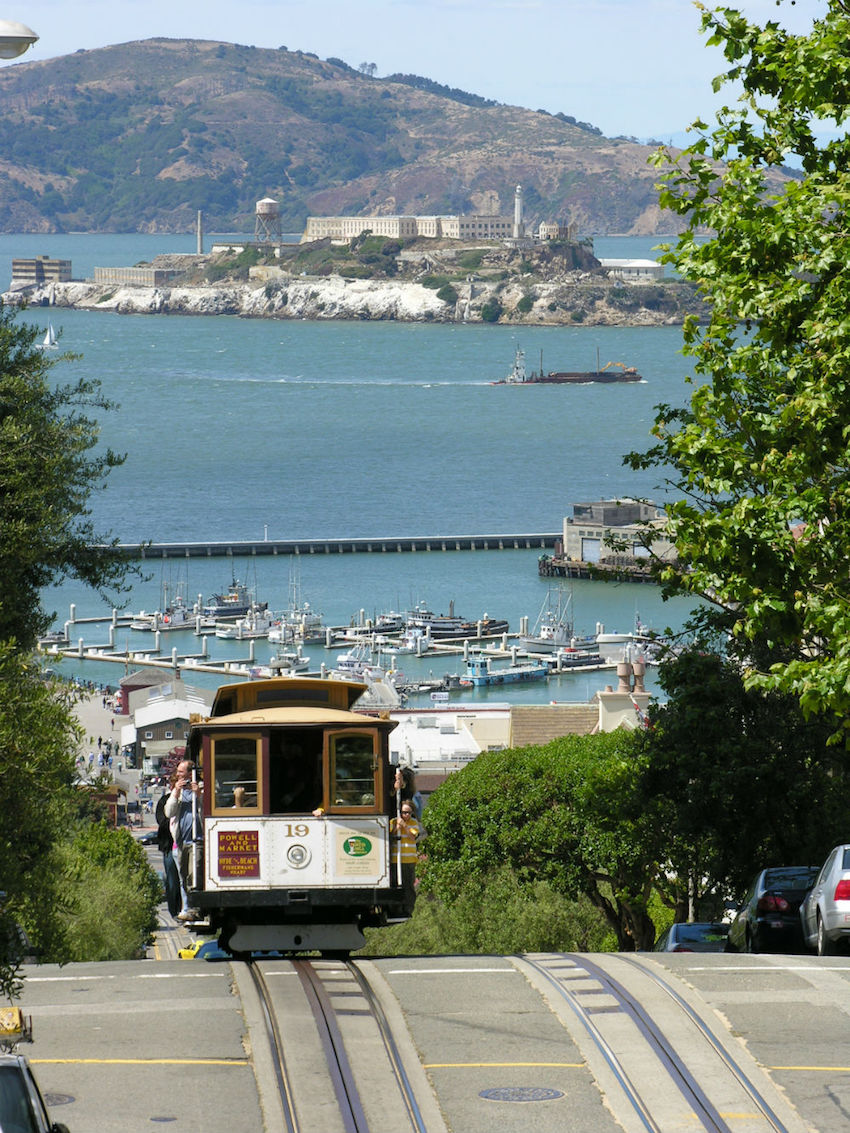 Some say that San Francisco is the closest thing the United States has to a city with a European atmosphere. But a better characterisation might simply be that it’s a unique city that’s not squarely representative of one nation or culture. It’s another idea that could be branded as a “tourist” activity, but U.S. News & World Report recommends riding cable cars as a great way to see the city, and there may not be a better way.

You’ll want to see the Golden Gate Bridge the city is famous for as well, and it would be a shame not to try some of the wonderful restaurants, but a cable car is a great way to see a good chunk of this beautiful city by the bay. 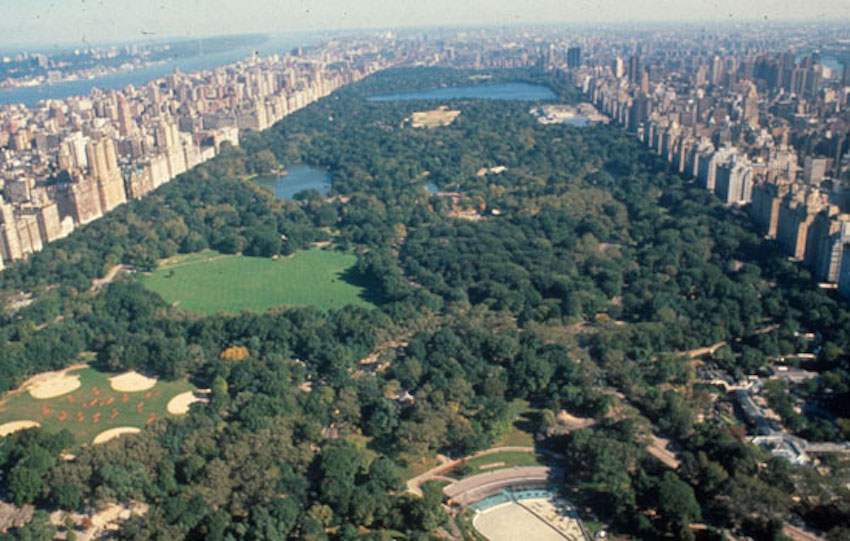 New York may just be the trickiest destination of the bunch to narrow down to one idea or attraction. But there’s nothing quite like walking through the city’s famous Central Park. Many who have never been don’t realise just how massive this park truly is, despite the fact that it’s right in the centre of one of the world’s largest cities. It’s a very peaceful place, but is nevertheless packed with activity in the form of everything from street performers to organised concerts. And to look up from a rolling green park to see a border of skyscrapers is a truly unique experience.

And that will complete our Jules Verne tour of the world — a fine goal for any ambitious traveller. Fortunately, you can pull it off in far fewer than 80 days!

Further Reading: Travel the World with The Life of Stuff

Written by: Nick Cafferty. Nick is a freelance writer. His work covers tourism, entertainment, and film, and he aspires to start an online travel magazine.

The Taj Mahal, Agra, India - My Experience in Photos