Things to See and Do in Shimla

Shimla, the capital of Himachal Pradesh in the north of India lies on a ridge of the Himalayan foothills at an elevation of between 2,100 m and 2,300 m. Its history is as colourful as its streets. Once the Summer Capital of the British in India – Shimla is home to stunning colonial architecture that ranges from Renaissance influenced designs to neo gothic styles. Temples and churches are found throughout the city. And this popular hillside resort offers visitors the opportunity to enjoy everything from one of the luxury resorts and hotels in Shimla to mountain trekking. 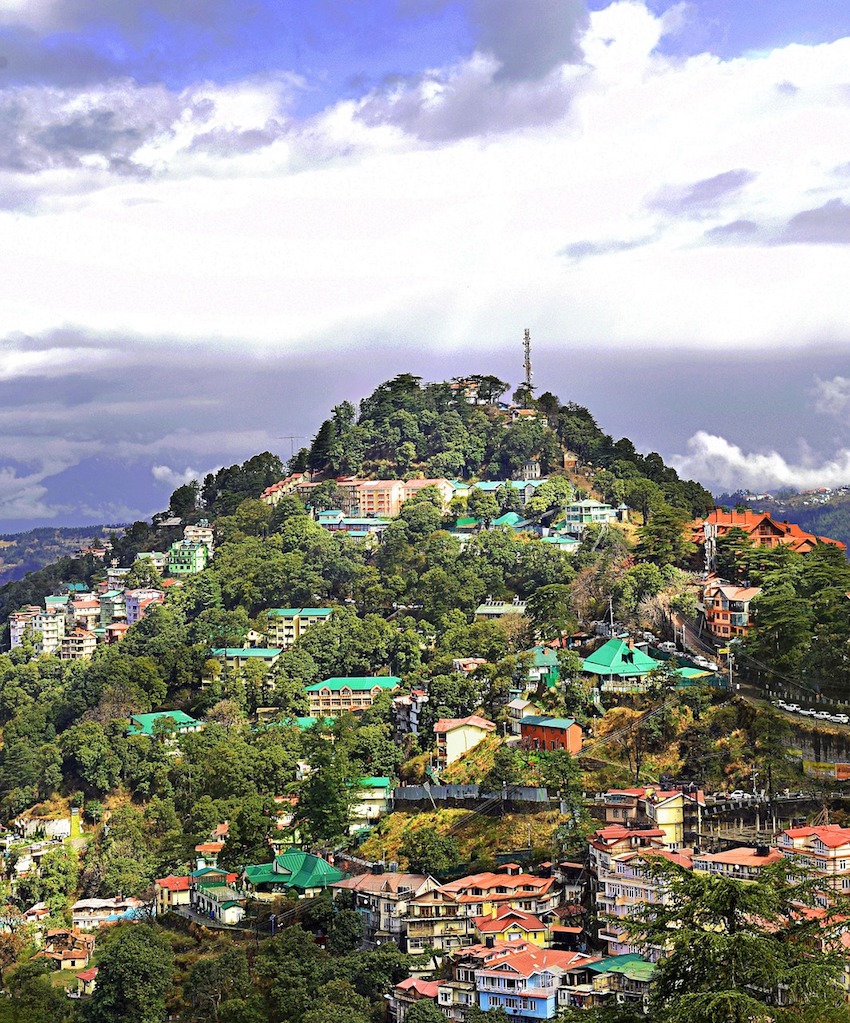 March to May is the most popular time to visit Shimla as the weather is normally between 15 and 30 degrees – making it ideal for those who like adventure travel. June to August is the hottest time of the year, with monsoon weather falling between July and September – not a good time to visit. The colder months of October to December usually bring snow. There are a number of ways to get to Shimla – by car, bus, plane – you’ll find more on this at Himachal Tourism – however the best way is actually the first of the ‘Top Five Things to See and Do in Shimla’

A registered Unesco World Heritage Site, the Kalka–Shimla railway also known as the ‘toy train’ has a selection of trains to book for this experience. Although the Himalayan Queen does sound the sweetest. Travelling along this British built railway line that’s just 2ft 6ins, stopping at stations along the way whilst sipping on chai and witnessing beautiful scenery. Well I can’t think of a better way to arrive at my destination. 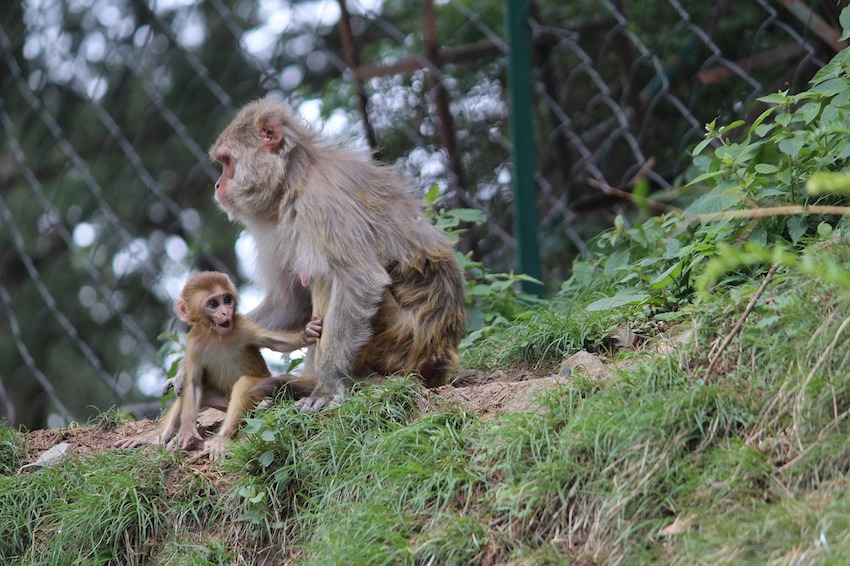 Jakhoo Hill is the highest peak in Shimla. Covered in Alpine trees with a colourful Jakhoo Temple, that’s dedicated to Hindu god Hanuman, this peak offers stunning views with plenty of photo opportunities. But beware of the monkeys – they might look cute but they steal and are known to attack! 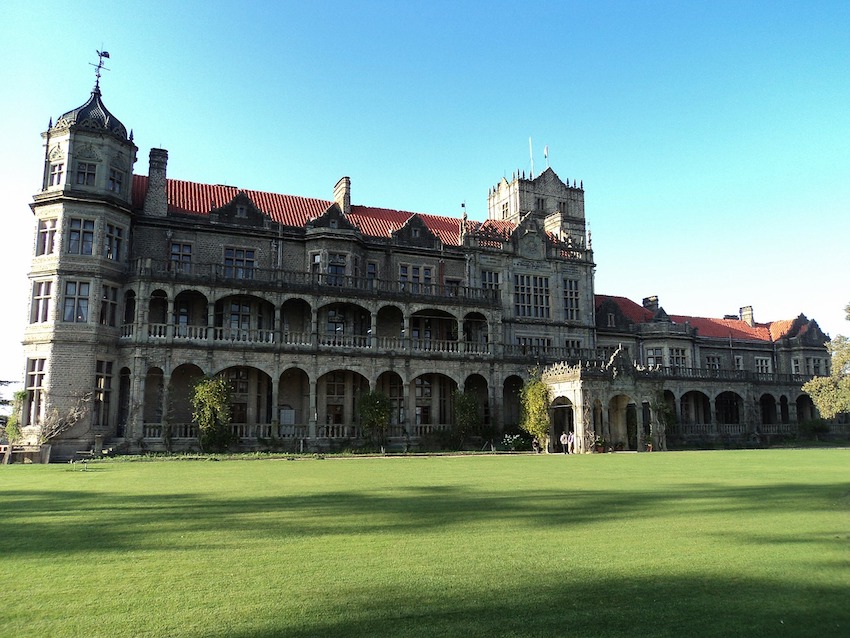 Shimla is a haven for architecture lovers. From colonial styles to the many temples, this hillside city is steeped in history. Keep an eye out for The Indian Institute of Advanced Study (pictured), Rashtrapati Niwas, also known as Viceregal Lodge, Christ Church, Kari Bali Temple and Gorton Castle.

Mall Road is the main street in Shimla. As well as a number of government departments such as the Fire Station and Police Station – you’ll also find lots of department stores, shops, restaurants and cafes. Get your photo taken at Scandal Point where the Mall Road joins Ridge Road. It’s named after a scandal of elopement between a British lady and an Indian Maharaja. Then take in Lakkar Bazaar and Ridge Road – a wide-open space used for festivals and celebrations throughout the year. From fresh food markets and local crafts to Wi-Fi and boutiques, you’ll find it all here. 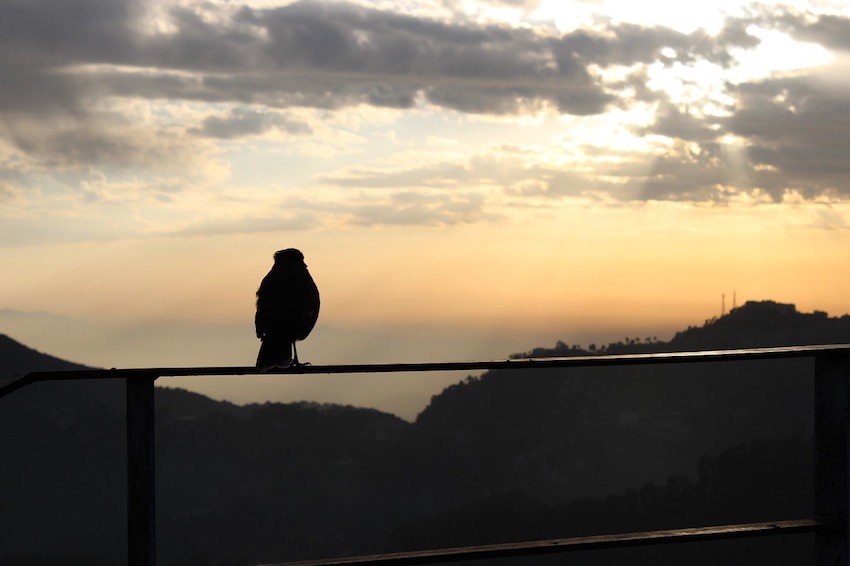 Bird watchers will love the Himalayan Aviary, also known as the Himalayan Bird Park. Wildlife lovers will adore the Manjathal Sanctuary. Rock climbers should visit Prospect Hill, one of the seven hills of Shimla. Those who rode the Kalka-Shimla Railway line will remember Summer Hill and want to visit its lush green forests. And those who like to chase waterfalls won’t be disappointed with Chadwick Falls. These are just an example of the nature attractions in Shimla – your senses will be awoken.

Health & Beauty: What Causes Stretch Marks and How to Treat Them