Right before I tell you all about the Kiehl’s Ultra Facial Cream, their connection with the MTV Staying Alive Foundation and why Tinie Tempah is on the creams packaging … let us first just take a moment to appreciate how pretty the package I received from Kiehl’s is … 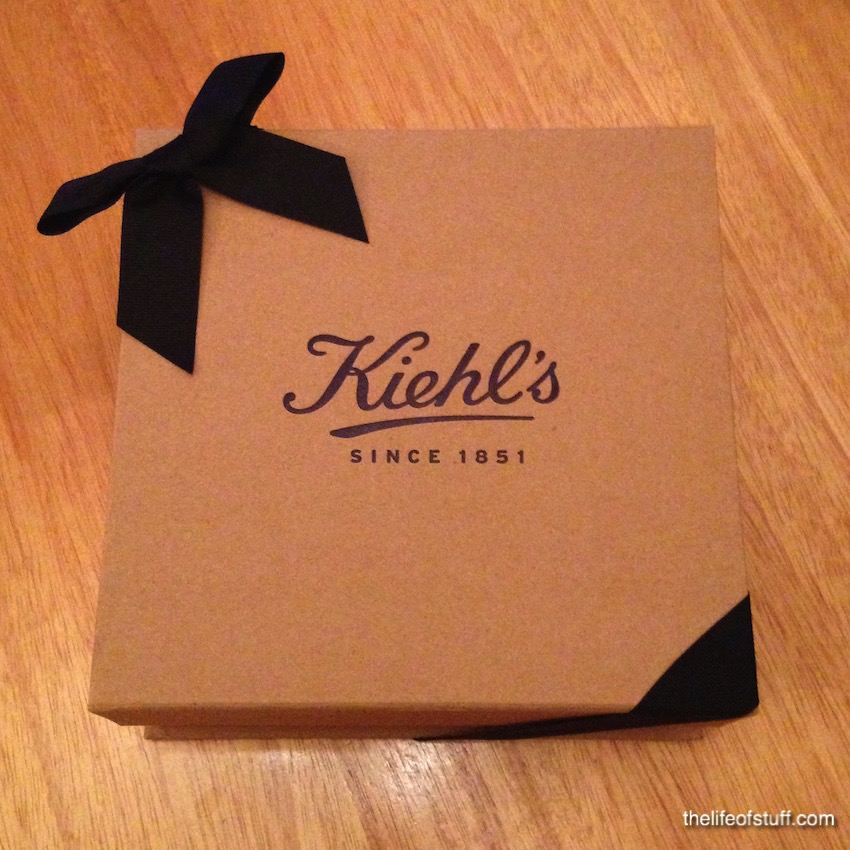 Kiehl’s UK will donate £2 for each purchase of our Limited Edition Ultra Facial Cream 125ml as designed by the chariy’s ambassador, Tinie Tempah 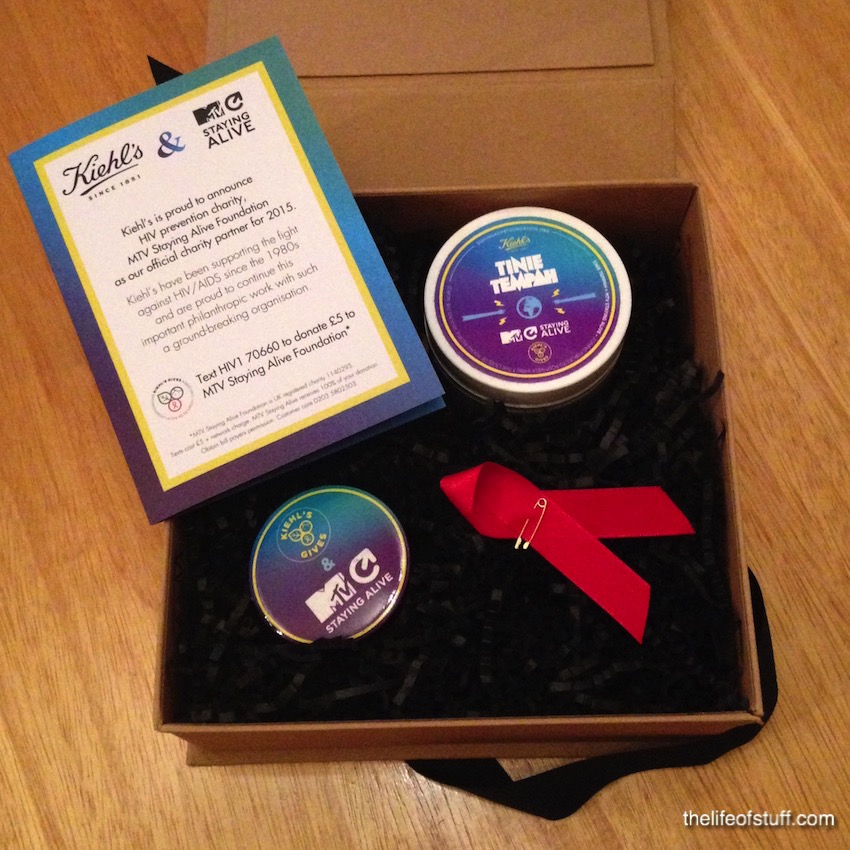 If you’ve been in one of the 102 Kiehl’s boutique or department store outlets then you’ve probably seen the packaging or have been given a handout to support the MTV Staying Alive Foundation.

Kiehl’s has a longstanding heritage of working to fight the HIV/AIDS epidemic with our work beginning in the 1980’s, when it was taboo to even mention. Just in the past 10 years, Kiehl’s worldwide has raised more than $2,500,000 for the cause. 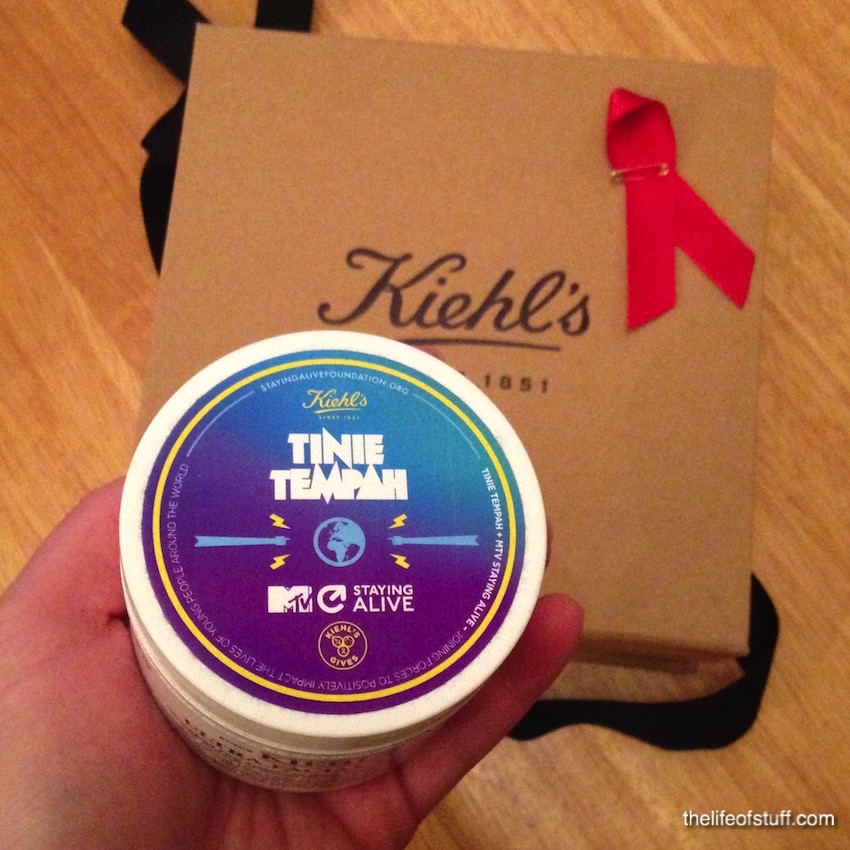 Here’s a little about the MTV Staying Alive Foundation …

Their mission: “Globally, we produce ground-breaking, original content that delivers vital HIV prevention messaging to a young international audience. Locally, we give the right tools to the right people in the right places – the young people with the influence, drive and determination to help protect their generation and beyond. Our mission won’t stop until this epidemic is over.” 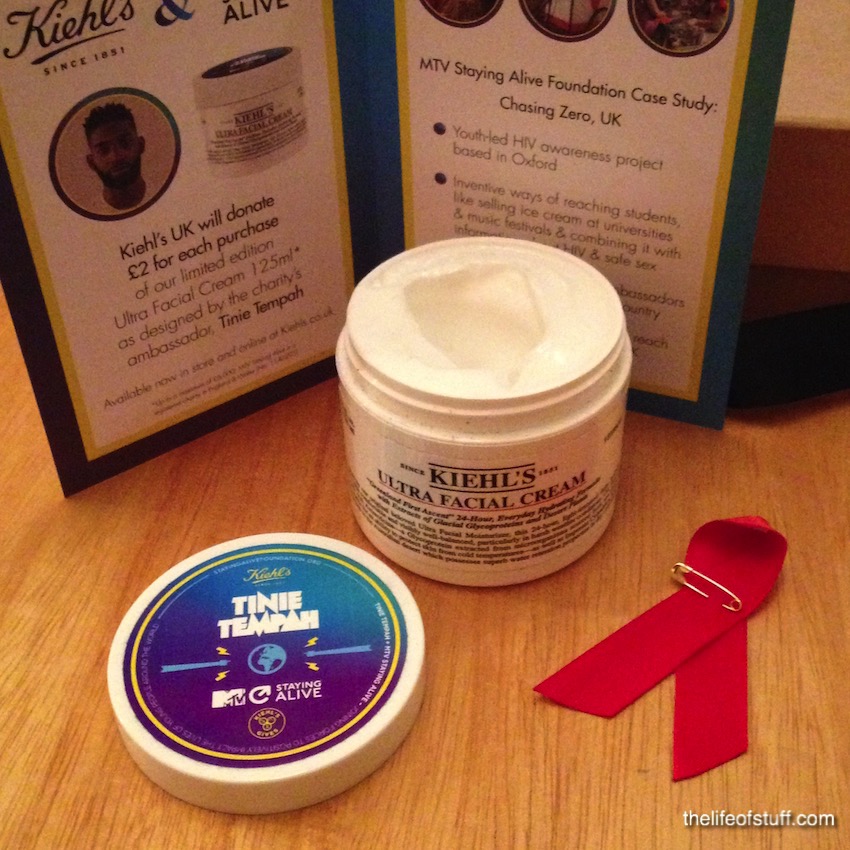 Although iconic and one of Kiehl’s most well known products available ” – I hadn’t tried until this week. The pot says ‘Greenland First Ascent’ and I’ll tell you why – Kiehl’s Ultra Facial Cream was used to help protect the skin of the six explorers who completed the first ever ascent of Greenland’s peaks on May 30th 2015!

The cream’s packaging also says “24-hour, Everyday Hydrating Formula with Extracts of Glacial Glycoproteins and Desert Plants” I don’t know about you but my first thought was that those explorers were up the icy peaks in Greenland looking for Glacial Glycoproteins for Kiehl’s Ultra Facial Cream!

Joking aside though the Ultra Facial Cream which was inspired by their ‘Original Facial Moisturiser’ is excellent and without sounding brash, it does exactly what it says on the ‘tin’  … it’s light in texture, it’s non-greasy, it absorbs really quickly and left my skin feeling soft to touch immediately. 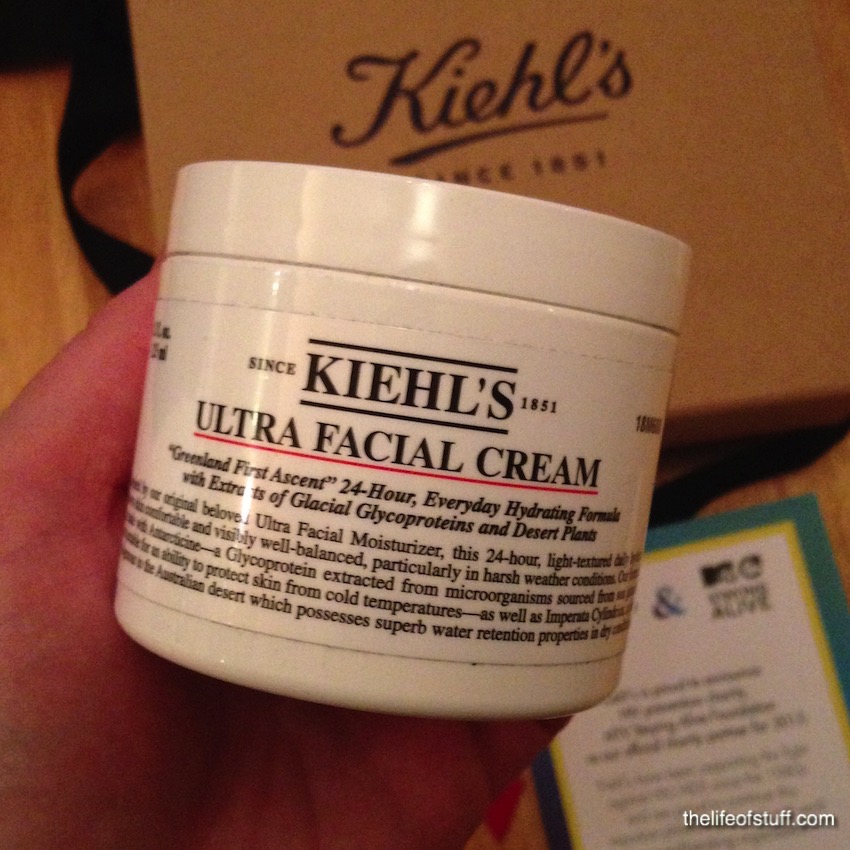 The not so secret ingredients in the cream sound magical – Antarcticine from glaciers to help combat the elements of bad weather and Imperata Cylindrica from an Australian desert plant to help retain mositure.

The pot of 125ml is a great size for a moisturiser and because a little goes a long way, you should get months out of it (the recommended usage time is 12 months)

Would I recommend Kiehl’s Ultra Facial Cream €54 / £43.50 – I would and if you are purchasing one for yourself or a lucky person, then I highly suggest you choose the Limited Edition version. #TINIExKIEHLS

For more on Kiehl’s visit their website kiehls.co.uk or have a read of my review of their Daily Reviving Concentrate.

What’s On this December 2015 in Dublin

Health & Beauty – How To Manage Acne And Prevent Scarring

Beauty Routine Refresh – 5 Easy Ways To Care For Your Skin

Improving Your Hair Health Every Day in 4 Simple Ways