This week’s Bevvy of the Week is a tasty Irish beer from Ballykilcavan Brewery in Stradbally, Co. Laois.

Ballykilcavan is not only a brewery but also a farm. They actually grow the barley, award-winning barely I might add, that they use in their beers. But if that’s not enough they also source the water for their beers from their very own well. “Talk about standard controls. And I believe that they also have an ever expanding hop garden to add to the mix.
Ballykilcavan malt their barley just down the road from their farm in Minch Malts in Athy. So all very local, and all very crafty.

I’ve tried a couple of beers from Ballykilcavan, but this week’s bevvy is on Bambrick’s Brown Ale.

Brambrick’s American Brown Ale is a mouth filling brew. It has a very nice malt character which brings some sweetness to the beer, along with soft flavors of chocolate and toffee. Easy to drink with a lingering malt flavor. A tasty brew indeed.

Bambrick’s Brown Ale comes in a 440ml can, is 5.8%abv and will cost around €3.50. For more info on Ballykilcavan Brewery visit their website here.

For more Bevvy of the Week recommendations visit my page here. 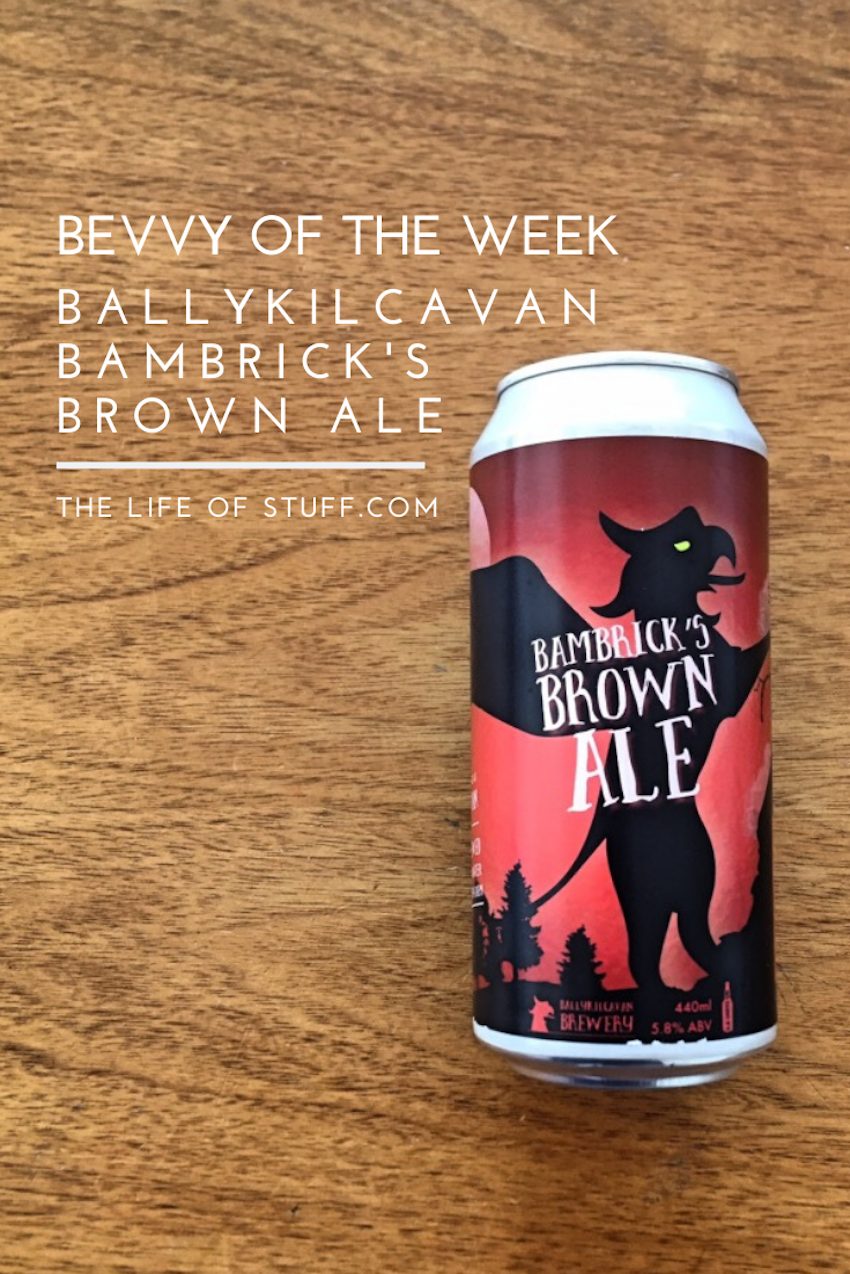 Bevvy of the Week – Maker’s Mark