Spain Welcomes Over One Million Irish Visitors in 2015

Last week I shared the Lonely Planet’s Ultimate travel list: Lonely Planet’s top 10 sights in the world article across my social media accounts. Honestly I was quite chuffed with the fact that as a travel lover I have been to and witnessed the marvel of six of the top 10 sights. However I also found it quite amusing that three of the remaining ten that I have not visited are in Europe and one is not too far away, in Spain. Yes one of the top 10 sights in the world according to the Lonely Planet is Alhambra, Spain – and I haven’t been! I’m setting myself a goal as I type this and that is visit the final four top ten sights on this wanderlust list … and if the latest news from the Spanish Tourism Office is anything to go by I’ll be in lots of Irish company when I visit Alhambra!

Wow … with view of the Mediterranean like this … it’s no wonder they welcomed over one million Irish visitors alone! 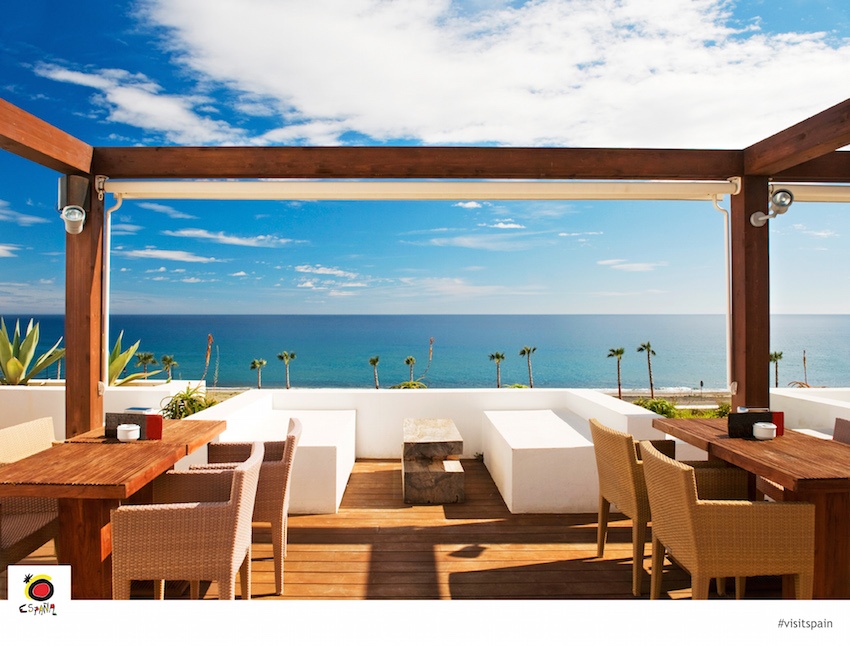 Celebrating over 1 million Irish Visitors in 2015

Over 1 million Irish residents travelled to Spain between January and today.

According to figures released from the Spanish Statistical Institute and the Spanish Tourism Office over 1.2 million passengers flew from Ireland to Spanish airports between January and August 2015 (a 12% increase year on year). The number of Irish Visitors to Spain reached 977.844 over same period (a 5.2% increase year on year). Gonzalo Ceballos, director of the Spanish Tourism Office in Ireland said that he wanted to thank the Irish public for making Spain the leading destination for holidaymakers.

While June and July remain the most popular months for travel, the figures also show that 156.385 Irish residents travelled to Spain in August 2015. The most popular destinations, by order of volume, are the Canary Islands, Andalucía, Cataluña, Valencia Region and the Balearic Islands. These five destinations account for 90% of Irish tourism to Spain.

Gonzalo Ceballos pointed to “Safety, climate, proximity and good value for money as key factors for this leadership. The extraordinary popularity of Spain as a destination also has to do with the two hours flight to mainland Spain and the fantastic air travel connections, with nearly 2 million seats on direct flights to Spain made available in 2015”.

“Spain offers a broad choice of things to do and discover: new tastes, cultural and adventure travel, great football matches. Spain is a world leader with 45 biosphere destinations and 44 world heritage sites and has over 435 golf courses and 300 days of sun. Of course Spain also offers over 3,000 beaches and 678 blue flag awards marking it out as the number one country in the world for such facilities so there is no better place to relax. Irish tourists also value the fact that Spain has one of the lowest crime rates in Europe and an excellent healthcare system.”

According to CSO figures Spain accounted for nearly 1 in 4 of all the nights spent abroad by Irish tourists in 2014 (13.25 million nights 24.7% of total) this is more than the combined nights spent in France, Italy, Portugal, Germany and Northern Ireland.

More Irish tourists holidayed in Spain than the combined total to France, Italy and Portugal making Spain only second to the UK in terms of the number of trips taken by Irish residents.

Gonzalo Ceballos added that “the welcoming nature of the people, the rich culture and relaxed atmosphere attracts and unites Irish and Spanish people making it a success story year after year.”

Why you Should visit Beautiful Somerset this Autumn

Travel Insurance After Covid-19 – What Will It Look Like

Is There A ‘Right’ Age For Baby’s First Vacation?