At the top of our list of must places to visit when on our six-week trip around India was the Unesco World Heritage Site, the Taj Mahal. Declared in July 2007 as one of the world’s Official New 7 Wonders of the World, it’s easy to understand why we were eager to see, in person, this magnificent work of art in all its glory. 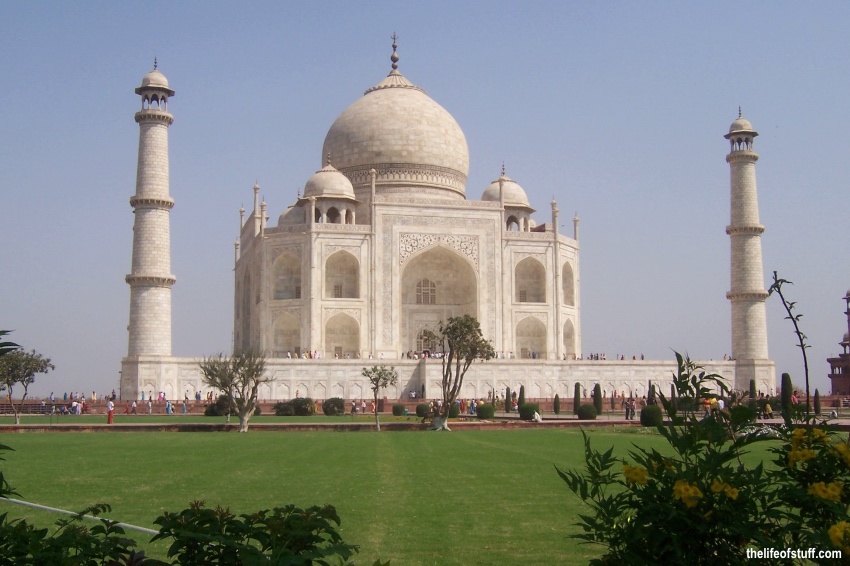 The Taj Mahal stands proudly in the city Agra in the northern state of Uttar Pradesh. There are a number of ways to get to Agra, by car, bus, train or plane, depending on where you are coming from. It’s a little over 240 Km from Delhi so by car it would take over three hours. We travelled by train from Delhi, which took roughly the same amount of time.

If you decide to travel by train, there are a number of options from express seat only trains to regular seat and sleeper trains. Before you purchase your ticket, check the type of train, the seating arrangements and in some cases the class of seat.

Your ticket will ultimately depend on how much you want to spend (or save) and what kind of seating arrangements you are comfortable with. When you arrive at Agra Station, for your safety and security always use the official rickshaw and taxi booths just outside of the train station. 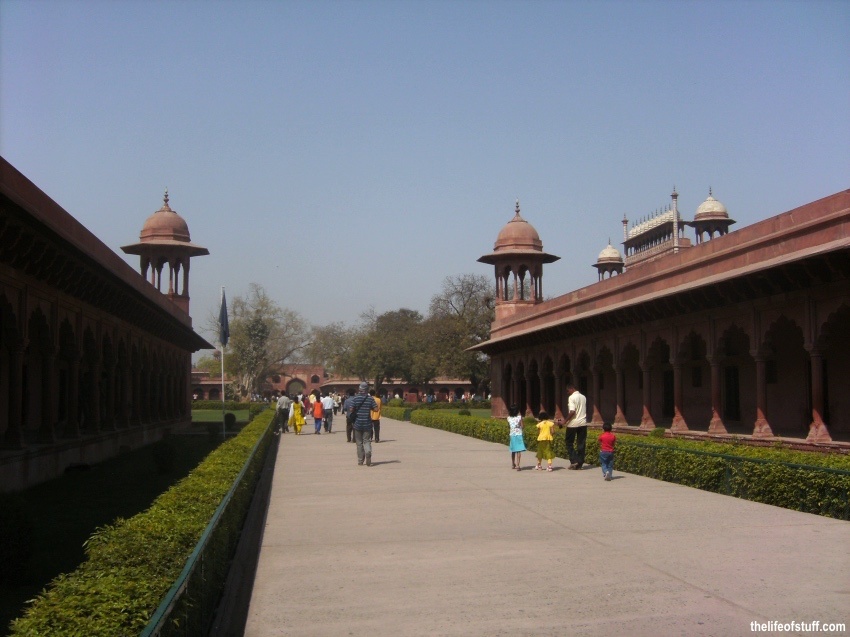 You shouldn’t have a problem getting to the Taj Mahal from the train station or your hotel, after all, no matter what language you speak it’s the same name.

Do be aware though that you won’t be able to get the majority public transport straight to ‘The Taj’ gates. Regular vehicles have been banned from the area for many years to combat pollution that causes the marble of The Taj to yellow. So if you do get a ‘regular’ bus or taxi, you can either walk to gates or get the electric bus or a rickshaw from one of the car parks.

There are three gates to enter the Taj Mahal from. The South Gate, East Gate and West Gate. 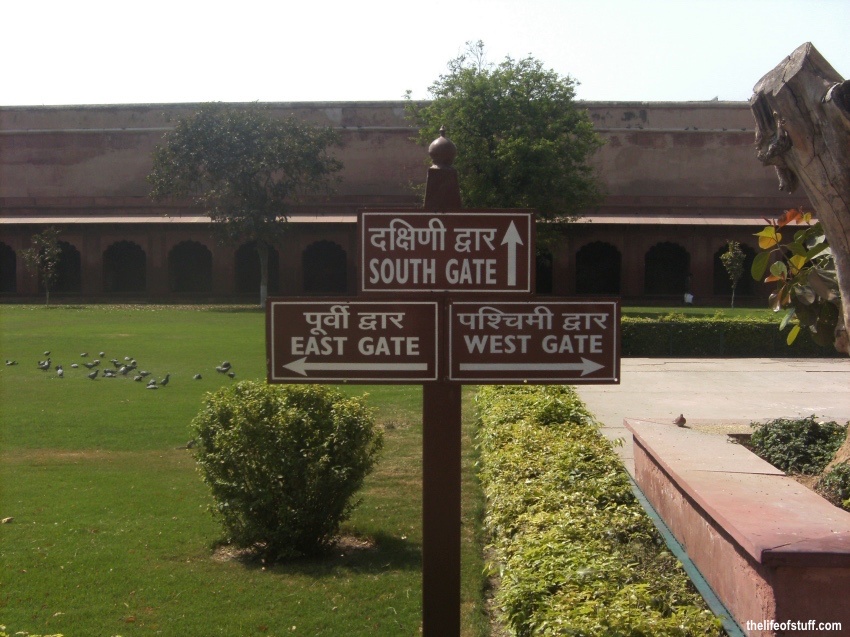 Once you buy your ticket from an official ticket booth outside the gates, the next step is security and to go through the gates.

Security is strict when it comes to rucksacks, video cameras and electronics including laptops. There are lockers available at each gate which you can use to store your belongings. These lockers are free at the east and south gates but there is a small fee at the west gate.

My advice though is, if you can, travel light to the Taj Mahal. Leave your rucksack in your hotel and just carry your passport, monies, phone, camera and bottled water in a small secure bag. 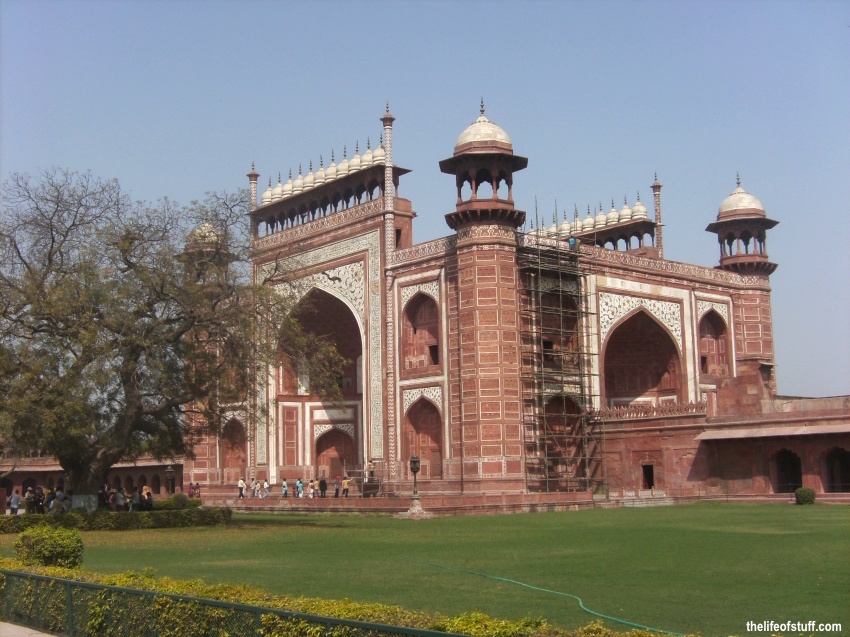 Once through your gate of choice be prepared to be in awe of what stands before you, the main entrance, the Darwaza, and then The Taj Mahal!

When at the entrance, you will most likely be asked if you would like your photo professionally taken, just as I was in the video above. We didn’t bother, but do go for it if you like. Even better, I’ve heard it be suggested you ask the photographer to take the photo with your own camera. That way you’ll have all your photos of your experience together.

The Taj Mahal is a white marble mausoleum (tomb) that was built between 1631 and 1648 by Mughal Emperor, Shah Jahan.

Shah Jahan was stricken by heartbreak from the death of his third and favourite wife Arjumand Bano Begum in 1631, who died giving birth to their 13th child together.

To show his love for her and keep her memory and beauty alive within Agra, Shah Jahan spent two decades designing and building the mausoleum and gardens we see today. 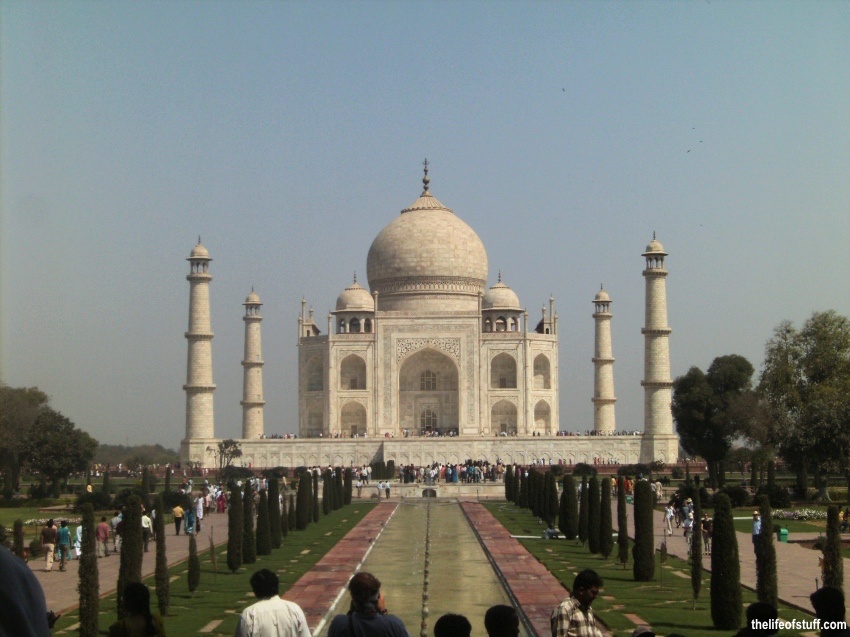 The watercourse which becomes the Reflection Pool before it becomes a watercourse again practically runs the length of the garden, like a runway for the main attraction.

It can’t be denied that from every angle The Taj Mahal is a work of art. However you really don’t understand it’s enormity until you edge closer to it. 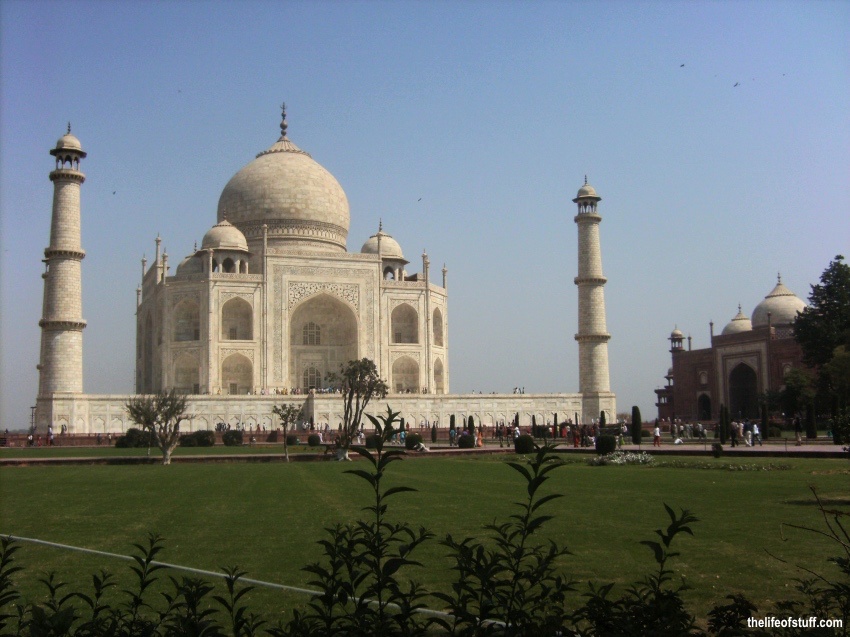 As you walk through the gardens to your ultimate destination, you will see that the Taj Mahal and its gardens in its entirety is completely symmetrical. 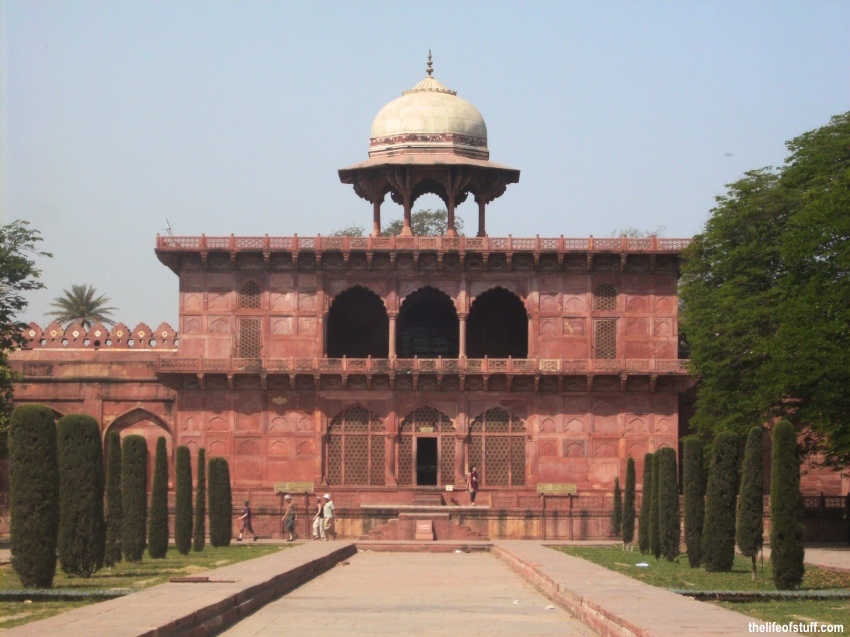