Festivals this August 2018 on the Island of Ireland

August is coming – the days are definitely shorter, there’s a bite in some evenings, the rain has returned, it’ll be the last month of holidaying for many – especially school kids, and although I’m sure there are numerous beautiful quotes about this month I’ve chosen this one by musician and author Henry Lawrence Garfield, better known as Henry Rollins, because … well because it’s self explanatory …

“Every summer, around late July and into August, I find myself in Europe, performing at any festival that will have me”. Henry Rollins

Now before I give you my top festival picks by province – I’d just like to remind you about National Heritage Week that takes place from August 18th to August 26th. Coordinated by the Heritage Council – there will be more than 2000 events happening nationwide, with most of them free. So if you’d like to learn more about how our local communities ‘preserve and promote our natural, built and cultural heritage’ then get involved and visit heritageweek.ie for more details.

My Top Festival Picks in Leinster this August 2018

“Athy Dragon Boat Club are delighted to present its second “Big Barrow Splash” on Sunday 5th August. Following the huge success of last years event we are thrilled to say this year will have new features added that will guarantee a fun family day out for all ages.” The Big Barrow Splash

No this isn’t a festival, YET, but it’s happening in my hometown of Athy in Kildare and so it deserves a special mention.

“3 nights showcasing incredible talent in the heart of the city centre”. #weveonlyjustbegunfest

“Fleadh Cheoil na hÉireann is the biggest traditional Irish music festival on the planet, a week-long jamboree of music, song and dance, not to mention late nights and family fun!

This year’s line-up has been described as one of the most exciting to date!” fleadhcheoil.ie

Before you get excited – tickets for the weekend are sold out. However there are still tickets available for Sunday 19th.

“Surrounded by the woods, the mysterious intrigue of Killyon Manor & the overwhelming beauty of you all. The warmth of these gatherings is what brings us to Another Love Story 2018. Another Love Story is a bespoke weekender of music, art, whimsy & fun, nestled in the glorious surrounds of Killyon Manor and brought to you by Homebeat & Happenings.” anotherlovestory.ie

My Top Festival Picks in Munster this August 2018

Festival: All Together Now

We will bring you a weekend of freedom and escapism through music, spoken word, comedy, theatre, debate, art and workshops. Beautiful feasts of food, bespoke cocktails, can be enjoyed within this dramatic and scenic landscape. There will be fun across 10 stages including Arcadia Spectacular, a Spiegel tent and various different hidden quirky gems.” alltogethernow.ie

Spraoi is “a well-established and renowned street theatre company. It is perhaps best known for its annual Spraoi Festival and Parade held every August Bank Holiday weekend. The Festival, devoted to Street Art has become a firm favourite amongst locals and tourists alike and attracts an over 100,000 people to Waterford City over its three days. So much so there is no longer an August Bank Holiday Weekend in Waterford, it’s now better known locally as “The Spraoi Weekend”.” spraoi.com

My Top Festival Picks in Connacht this August 2018

“‘Mythical, magical, timeless, transient and unforgettable. These are just a few of the words that have passed through Secret Village Festival attendees over the years.
Situated in the hidden gem of Ballaghaderreen, Co. Roscommon, the town and its locals are as much a part of the festival as any of the acts playing. Barra O Flanniagh and Mick Roddy founded the festival four years ago when they wanted to bring some life back into the village and they’ve done a phenomenal job in creating a little pocket universe of music, freedom, artistic expression, natural spiritualism and mysticism.” thesecretvillagefestival.com

“Belfast Mela, together with SPAR, is the city’s annual celebration of global cultures when tens of thousands of visitors come together to celebrate our people and diversity.

The Mela transforms the park into a magical global garden filled with the sights, sounds and aromas of nations right around the world. Music, dance, arts and culture come together to create a heady, good humoured atmosphere which invites the world into the heart of our city.” belfastmela.org.uk 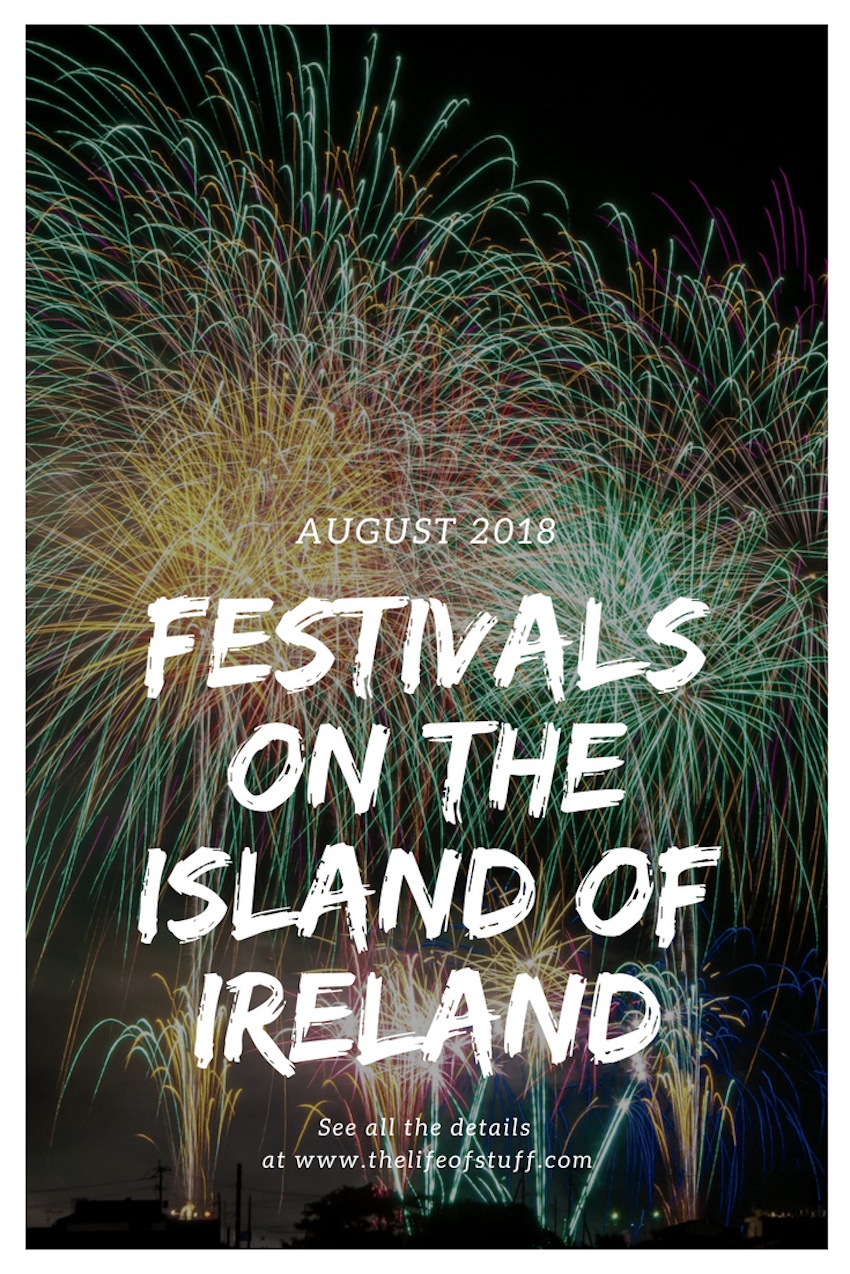 Staycays are the New Vacays. Destination: Ireland, and 48 hours in ...

Personalised Children’s Book – One Time Before – in Ireland