I’m really impressed with Glenisk’s Pop Up Store on Dawson Street. I’ve been with a friend from work and we both agreed that it’s worth the 12 minute walk from where we work in Dublin. We know this because we timed our journey and realised that we will, on our return have plenty of time to pop by, grab a bite and maybe a drink, sit and enjoy it, make our way back to work at a leasurely walking speed and be back in work with a little time left over. Sweet. Anyway back to being impressed, which we both were. On entering the bright and fresh looking store you are greeted by fridges to your left which home Glenisk products. In front of you stands the counter which a delicious tempting looking pie. Behind the counter on the wall is the menu, and out back are the Glenisk staff who create your menu choice. To the right is the smoothie station and cushioned seats to sit on and enjoy your purchases. On our recent visit we both went for Something Savory from the menu. My friend chose the Organic Greek Style Natural Yogurt, served with Rosemary and Olive Oil Crostini and topped with Spanish Chorizo, Chickpeas, Smoked Paprika and Salted Almonds. I went for the Italian which was the Roasted Red Peppers, Semi Dried Tomatoes, Green Olives and Basil topping. I have to say it was delicious and at €3.50, sure where would you be going? It kept me going till home-time which impressed me too. What’s better value and what I’ll be trying on my return is the €6 deal which allows for Something Savory along with a choice of a Something Sweet, which is a Glenisk Organic Greek Style Yogurt with tempting sweet toppings, a Something Smooth, which is a Glenisk Organic Natural Yogurt Smoothie of your choice or a Something Sumptuous which is Homemade Cheesecake made with Glenisk Organic Greek Style Natural Yogurt and Crème Fraiche topped with fruit coulis and a fruit of your choice … spoilt for choice! 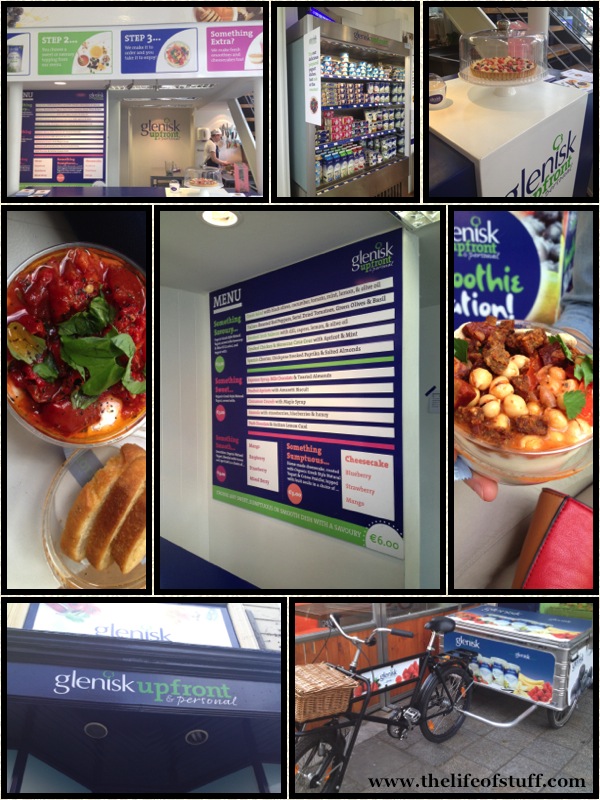 Anyhoo … and onto the title of this post! Strawberry and Blueberry Eton Mess with Glenisk Organic Cream … I had a BBQ at the weekend, and if you are living or were in Dublin or in fact Ireland last weekend, you will know that the sun was splitting the sky and it was perfect BBQ weather. So nice. My beau and I had some of our family around and to top the BBQ off I wanted to make a dessert. Something that was light enough to enjoy in the summer sun. The answer for me was to make an Eton Mess. I feckin love Eton Mess. I’ve made it on many occasions and in many different ways. The traditional Eton Mess is Strawberries, Cream and Meringue. In the past I have used lots of different fruits and I’ve included ice-cream too. I’ve also cheated with the meringues and used shop bought ones. At the weekend I went back to basics and went for the traditional approach … well nearly … as I did add blueberries. The ingredients were simple and the dish was a treat!  The following recipe fed six adults but they were big bowls.

Method: Preheat your oven to about 140° or Gas Mark 3. Line a baking tray with baking parchment. Add to a spotlessly clean mixing bowl the four large egg whites and whisk the eggs with an electric beater. If you have a mixer, just use that instead. Do this until they form soft peaks. When they have, and while still whisking add the caster sugar gradually until all gone. Whisk until the mixture forms stiff glossy peaks. Dollop the mixture into four blobs on the tray and make a slight well in the middle of each. Place in the oven for about an hour or until they are crispy on the outside, marshmallowy on the inside and come away freely from the paper. Place on a wire rack to cool. 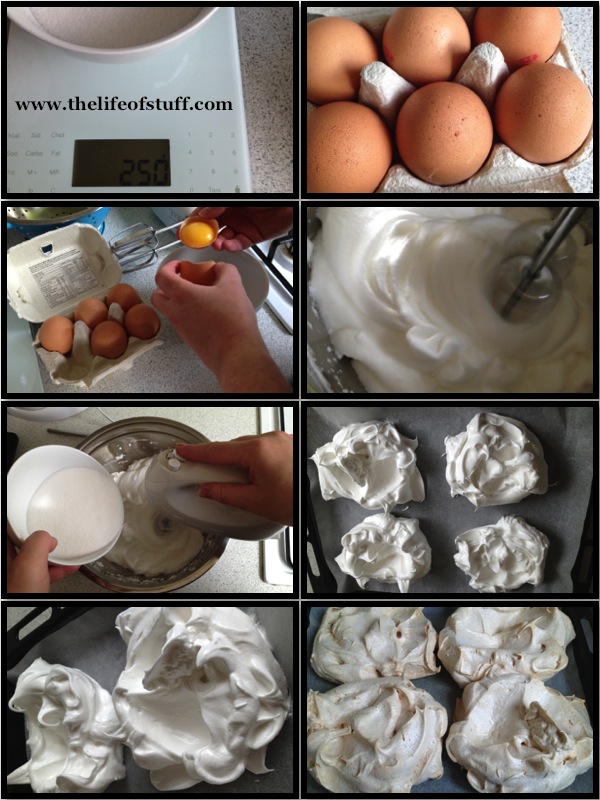 Pour the cream into a bowl and mix until you get soft peaks. In another bowl add your blueberries and chopped strawberries along with the sugar and mix. Test for sweetness. When these steps have been taken you take the fruit and fold it into the cream. There are a couple of ways to do the next part. You can crush some of the meringue into the mixture, fold it in then layer it into your serving bowls or glasses with the rest of the meringue … as in mess mixture, meringue, mess mixture. Or you can just fold all the meringue in and serve. I went with the later. 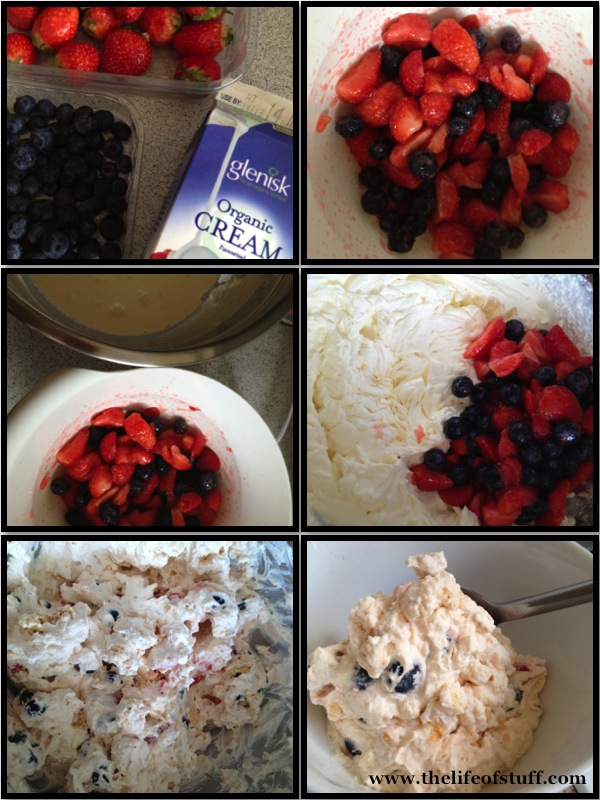 Happy faces and tummies. This dessert was perfect as it was nice and light after a BBQ feed in the sun. Glenisk’s Organic Cream really made it. I would have liked more strawberries and blueberries in my portion but others said it was the perfect amount, so take this into consideration if you decide to make this. Lots of Eton Mess recipes use a type of coulis, this can be easily made by taking some strawberries adding some icing sugar, blending them and passing the mixture through a sieve. This can add a nice touch and can look pleasing to the eye. If you couldn’t be bothered with that, just stick to the recipe above … Enjoy!