Known as The Official UK No. 1 Tribute to the greatest rock band ever, Led Zeppelin, ‘Hats Off to Led Zeppelin’ are playing in the O’Reilly Theatre, Dublin 1 on Friday 8th November and is one night Zeppelin fans will not want to miss out on!

Ever blared that Led Zeppelin record in your room? Do you pump up the volume of your car radio when your favourite Zeppelin song come on the radio? Are their songs the first you play on the local pubs’ duke box? Have you closed your eyes when listening to them on your way home from work on the bus and wished you standing there at their concert, in your flares with your hair flowing over your shoulders, wild and free? No? … okay forget the last question, now have you? Yes? Then read on …

Led Zeppelin fans get ready to hang on to your hats (or take em off in salute) as you’ll be blown away by this tribute band’s stellar performance! You’ll feel like you’ve travelled back in time when you experience these four top class musicians recreating the magic that Led Zeppelin formulated with their God’s of rock almightiness!!!

Featuring Peter Eldridge from the West End production of We Will Rock You; Jack Tanner and Kevin Oliver Jones from the world tours of Thriller Live and Dancing in the Streets; and Simon Wicker as Bonzo incarnate, this is a truly sensational live show. Let these guys take you back to the guitar riffs, lumbering rhythms, psychedelic blues and grooves, and with Peter Eldridge’s voice remarkably similar to Robert Plant’s you’ll think it’s the real deal. This is some treat for Led Zeppelin fans as you will be immersed in all things Zeppelin and you’re going to want to show a whole lotta love and respect after seeing this tribute act play.

As well as being winners at the National Tribute Awards 2013 and the ONLY UK tribute act officially endorsed by Marshall amplifiers they are proud to be co-managed by Warren Grant, the son of legendary Led Zeppelin manager, Peter Grant, who said after seeing them live: ‘You guys really did the band justice!’

Dave Lewis from the Led Zeppelin magazine, Tight But Loose, said: ‘A refreshing no nonsense approach … this band delivers every time!’ – ‘Shut your eyes and you would think you were listening to the real thing!’ (Orchestrate) 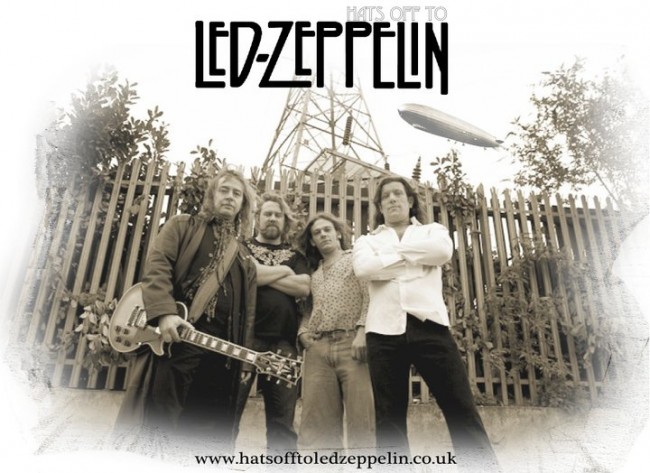 With ticket prices at €21.60 including booking fee from the O’Reilly Theatre and Entertainment.ie … it’s a steal!

Support on the night will be in the form of The Mike Brookfield Blues Band, who are very well-known on the Dublin Blues Scene and are renowned for performing great tunes to get the crowd going!

For more information on Hats Off to Led-Zeppelin, you can visit their website here www.hatsofftoledzeppelin.co.uk. Need to know a little about where they’ll be blowing the roof off check out the O’Reilly Theatre’s website here www.oreillytheatre.com.

If you fancy winning two tickets to the gig just leave your answer to the following question in the comment box below and don’t forget to connect with us on Facebook Twitter and Google Plus  … Winner will be contacted by email! ~Good Luck!