* This article was originally published in November 2012, the latest version below was updated with relevant information, links and imagery in July 2019.

However since it was re-published in 2019, Dumile’s wife announced on social media on December 31st, 2020, that he had died on October 31st. His PR confirmed the death but the cause of death was not announced. Another musical genius gone too soon. 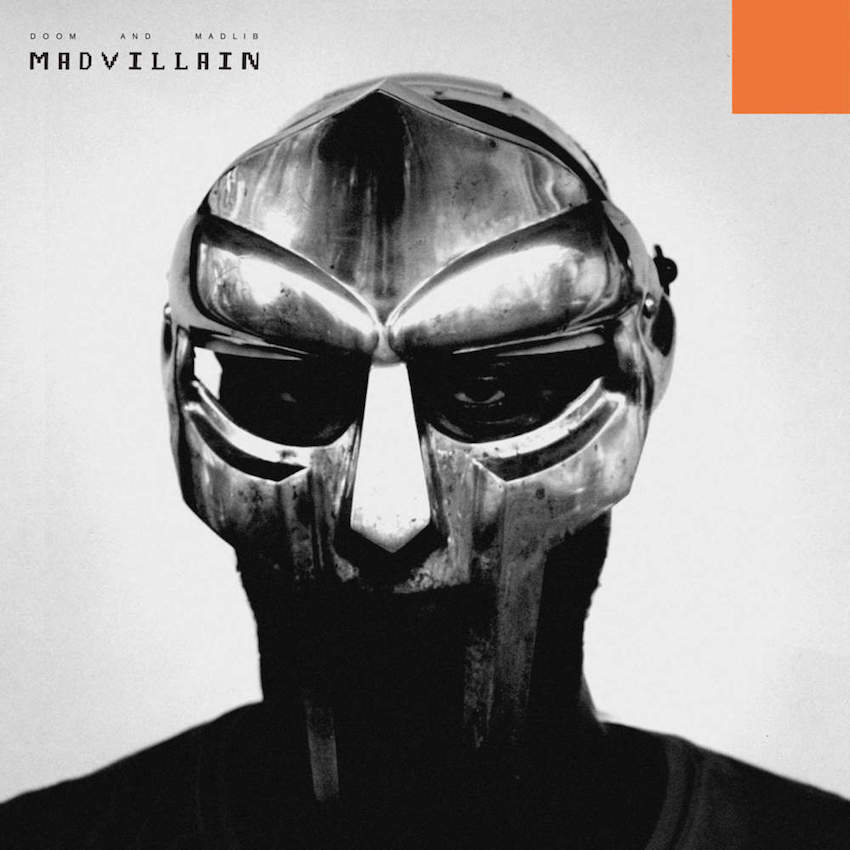 Madvillian is the producer and MC combo ‘stage name’ of Daniel Dumile, aka MF Doom, and Otis Jackson Jr. aka Madlib. Madvillian – Madvilliany started its life in 2002 at Los Angeles based Stones Throw Records during an interesting set up of sessions and recordings. The album highlights MF Doom’s raw craft. Which is one of originality in style, rhyme and flow. Along with Madlib’s beats, samples and production, their musical talent is something to be reckoned with. And this album alone has, unsurprisingly, paved an inspirational way for artists who have followed them.

Created by Jeff Jank, Stones Throw’s Art Director, the album cover is based on a photo of Doom in his metal mask. The idea behind featuring Doom in the mask as opposed to the mask alone was to emphasise Doom’s message. And that was to concentrate on his words and lyrics. Rather than who he is and what his image. He explains it here with the Red Bull Music Academy in 2011.

Like to further your MF Doom knowledge? You’ll find him as KMD, Viktor Vaughn, King Geedorah, Dangerdoom and Doom. His discography on the Stones Throw Records website is quite thorough. For more on Madlib visit the Rappcats website here.

Further Reading: The Life of Stuff – Listen of the Week

Three Inspiring Ways to Improve Your Lifestyle this Year