Le Galaxie released their first album Laserdisc Nights 2 in the summer of 2011. They were on my wish list for Electric Picnic a couple of years ago, see here. Since the release of this first album in 2011, which is pretty addictive I’d like to add, they released an energetic and equally addictive almost anthem-in-feel, five track EP called Fade 2 Forever, in 2012. This year the newest of sounds to delight our ears is bouncy Lucy is Here … which they released just to tantalise our tastes for their up and coming second album. 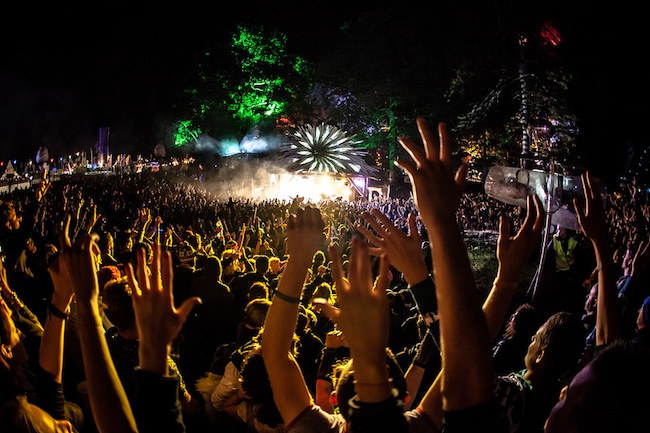 It’s a brilliant shot that captures the happiness, liveliness and atmosphere of a live concert. It pulled on my heartstrings as I wanted to be part of the posse but most importantly it made me get back in touch with the Le Galaxie sound, download them, watch them on youtube and get ‘into’ them. La Galaxie is my kind of make me feel good, energise me, kind of music.

Considerate as the lads seem to be, they are offering a free download of Laserdisc Nights 2 on their Bandcamp page at the moment. How nice is that? … and how nice am I to provide you with the link legalaxie.bandcamp.com/album/laserdisc-nights-2. If you’d like to further your exploration you can have a listen and then download their Fade 2 Forever EP by clicking here legalaxie.bandcamp.com/album/fade-2-forever – but only go to to these places after you’ve read this post, liked it and shared it with your friends.

Last Sunday Patrick and I went to the Primal Scream gig in the Olympia. Primal Scream were absolutely brilliant and faultless. You can check out some photo’s of the night here. Anyway, before the gig I was sent a very pleasing text message reminder that the support act for the lads would be Le Galaxie. Whoop. I’d get to see in person what these lads are all about. I was not disappointed. We were not disappointed. They were brilliant. Energetic. Fun. Refreshing. They commanded the stage and their audience. My only fault was that they did not play for longer, that wasn’t up to them obviously and their live set introduction to both Patrick et moi left us wanting … to help end this wanting, this evening I bought two tickets to their December 13 gig in the Olympia. Tickets are selling fast so get in their if you want to witness something magical, you can follow this link to get your hands on yours www.olympia.ie/whats-on/le-galaxie

… Anyhoo we’re back at the bar after the lad’s set and standing in line for a drink, dancing can be thirsty stuff, when out of the corner of my eye, who do I spot enjoying a refreshment themselves? only Le Galaxie. Nice one! Not being shy that evening, I popped on over, congratulated them on a great gig, had a quick but lovely little natter and got a photo with them. I’m not normally one to do this but sure hey … why not? … they were sound out and with the direction in which the lads are heading (up that is) the opportunity may never arise again. Here’s the photo … nice and fuzzy … 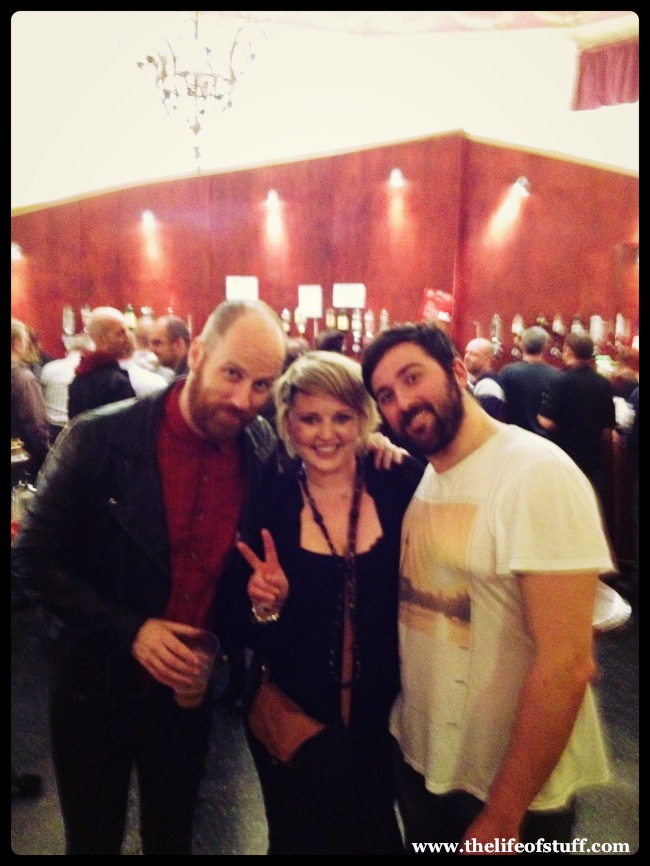