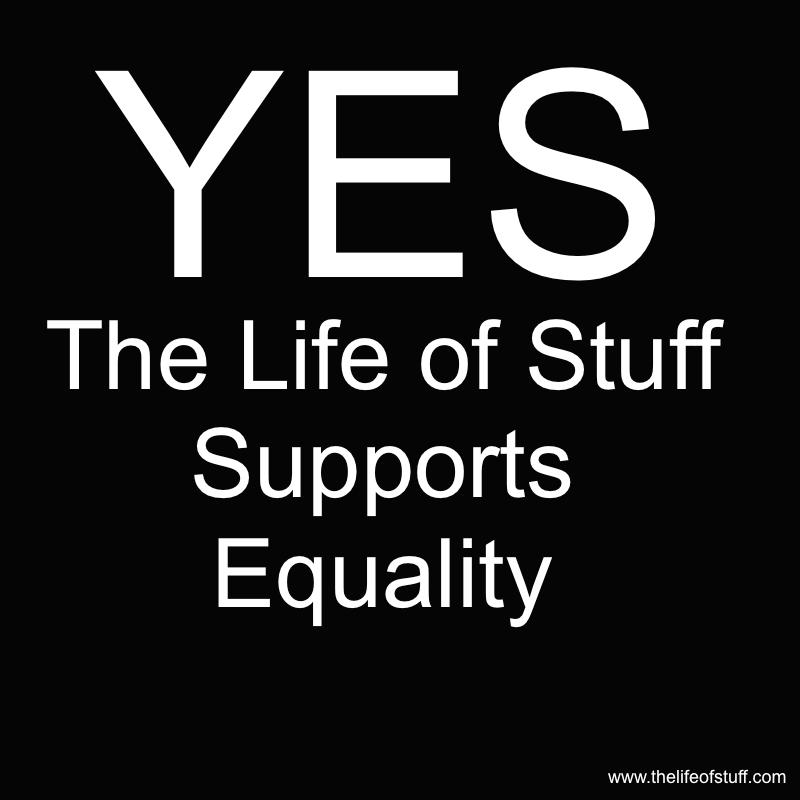 The Life of Stuff is far from a political blog but it is a personal blog and the outcome of the impending Marriage Equality Referendum is something I hold quite dear to my heart and in my mind is quite personal. I’m not here to tell you why you should vote Yes but I will give the reason why I will be voting Yes when Friday May 22nd comes along.

Yes I have LBGTQ (Lesbian, Bi-Sexual, Gay, TransGender, Questioning) friends who I believe should have as much a right to marry their loved one, just as Patrick and I did, and this does play a big part in my vote however the main reason for me to vote Yes is for the next generation and the one after that. Our country of Ireland has been in the news for all the wrong reasons over the past years. We’ve shown the world on occasions that we don’t know what the word Equality means when it comes to money, wealth, economics – what with the rich getting richer and the poor getting poorer. I want to live in a country that understands the word Equality when it comes to Love. I want our children and our children’s’ children to understand it.

The Marriage Equality Referendum seeks to insert a new sentence into the Constitution: “Marriage may be contracted in accordance with law by two persons without distinction as to their sex” 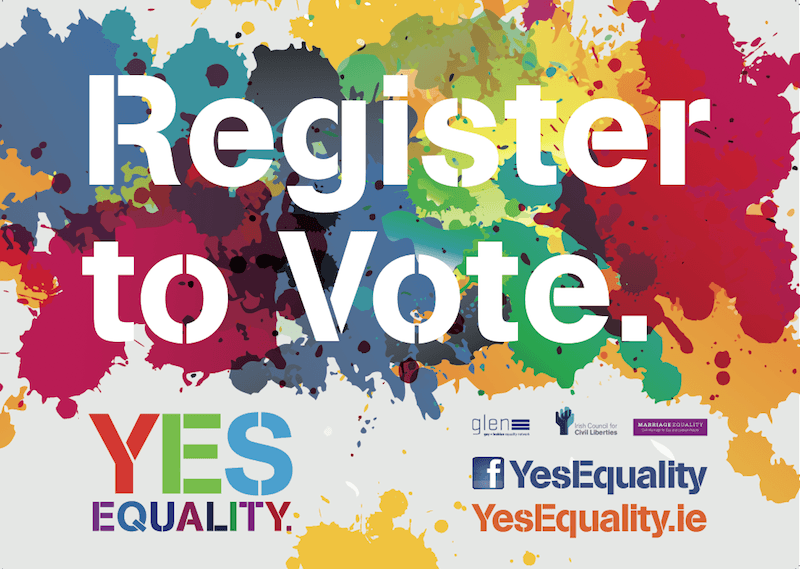 If you are in support of the Yes Vote – You may be seeing lots on Facebook, Twitter and the likes about the Yes Vote but don’t leave it to chance that it will be victorious – Make sure you vote on May 22nd!

Check to see you are registered here – www.checktheregister.ie

A successful yes vote would mean that I could be recognised in the same way that any other person would be. Gay, straight, bisexual, transgender – whatever it may be – it would mean equality and equality for everyone!’ (Andrew, Dublin)

Voting Yes for sure. Being honest it doesn’t affect me directly but in a general sense I want my daughter to know a society where such rights and equality are an unspoken given and not up for debate’ (Ed, Dublin)

I have a dream that one day a man or woman should be judged not by the person that they love but by the context of their character’ (Patrick, Dublin)