at The New Theatre 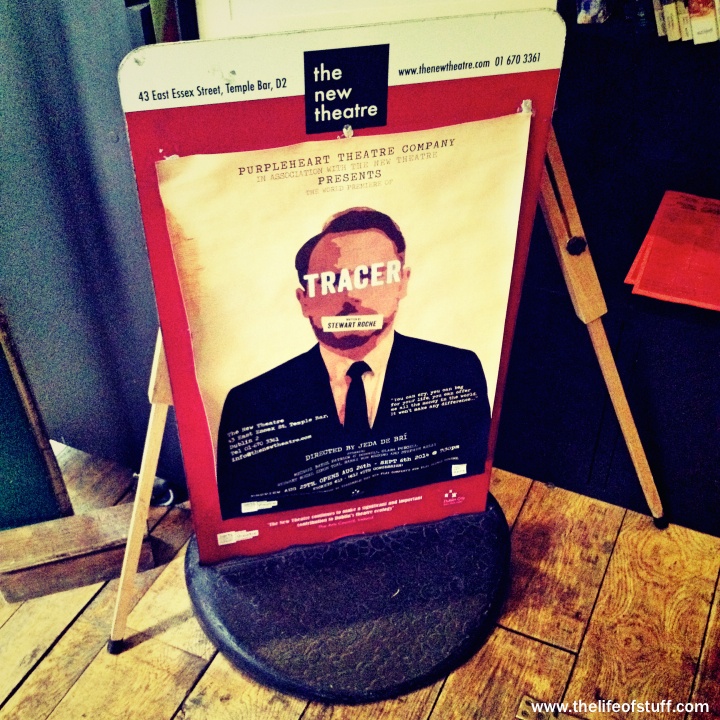 I’m all about the theatre this week. Could I be prepping myself for the Dublin Fringe Festival, could it be that I just love to get out, about and love an injection of culture? I’ll save my thoughts on this for another time, for now I’ll tell you about tonight’s trip to the theatre, the brilliantly wonderful, not so new The New Theatre on East Essex Street, that is.

Patrick and I took ourselves to see Tracer, the newest offering from the ever talented stars of Irish theatre. Written by (and starring) Stewart Roche, directed by Jeda De Brí and with a cast including Michael Bates, Stephen Kelly, Patrick O’ Donnell, Clara Purcell, Stewart Roche, Simon Toal and Ranae Von Meding sure there was no doubt in my mind that we were in for a good ol’ theatre ride. This highlighted quote from the play and the tongue-twisting ‘Tracer Teaser Trailer’ also helped to attract our attention …

There is nothing you can say that I haven’t heard before. Nothing. You can cry, you can beg for your life, you can offer me all the money in the world. It won’t make any difference.’

So let’s set the scene …. Take an office, make it part of a Dublin research company with ‘a difference’ add some fairly recognisable personalities and a few psycho’s and you have a recipe for a black comedy called Tracer. Having the experience of working in an office for both small and large companies, I really felt I got the play and got the characters but looking at the reactions of my theatre partner in crime for the night who hasn’t, I realised that I had fooled myself into thinking that it made any difference, because it didn’t. The reason for this … the personalities of Tracer are so recognisable in all walks of life and were so expertly played that you ‘got’ them instantly.

Tracer is a ‘black comedy’ based around a documentary film maker called Richard, played by easily convincing, easy to warm to, not a line out-of-place Patrick O’Donnell and his new job at a Dublin research company. Patrick like all new starts is introduced to his team and befriends the only relatively ‘normal’ colleagues, down to earth and chilled Campbell played by Stephen Kelly and Ranae Van Meding who plays sweet but not tooth decaying Deborah. Simon Toal plays boss Ken who is expertly portrayed as one of those lovable knobs of butter everyone has either met, knows or knows of. He brings the laughs and also brings the clues to what’s really going on in the company. Ken is over-powered by Clara Purcell who does a great job of acting like a complete power tripper. She works closely with the powers that be, Michael Bates who plays Loftus who has that eerie air of ‘American Psycho’ about him and Stewart Roche who plays the Advanced HR Manager, Decker, who is an actual American psycho. The head honchos bring Richard the closest he’ll ever get to understanding what is going on. 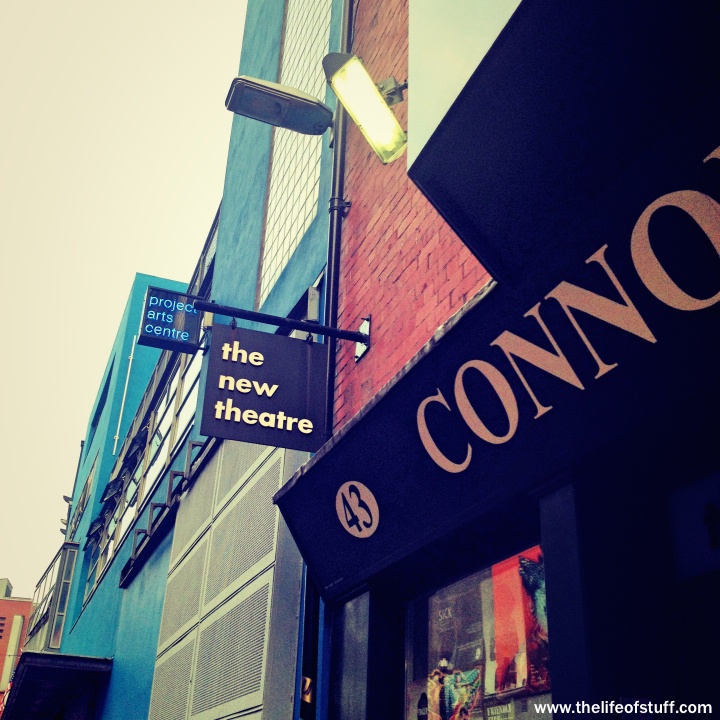 Tracer has been gracing the stage of The New Theatre since August 25th and I am sorry to give you the news that there are only TWO performances left to be seen as it ends on Saturday September 6th so … make arrangements, make hast and go see it. It will be time well spent and it’s only €15.00, sure you’d spend that on a few bails of briquettes and it’s too warm for a fire just yet!

For more information on Tracer and The New Theatre visit their website www.thenewtheatre.com