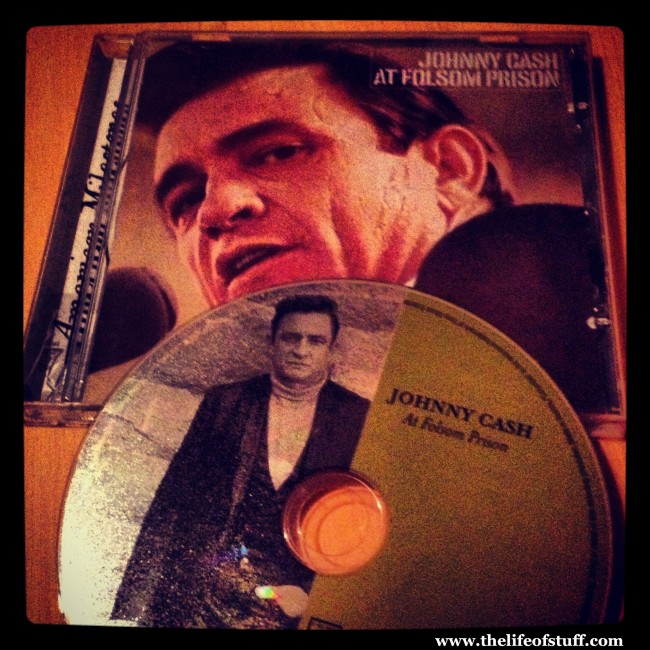 “And I heard a voice in the midst of the four beasts. And I looked, and behold a pale horse, and his name that sat on him was Death, and hell followed with him.”

Johnny Cash died ten years ago on September 12th 2003, so it seemed fitting that this week’s Listen of the Week is one of my favourite album’s from him. I grew up listening to Johnny Cash, I knew some of his lyrics well before I even knew who he was. It was years later that I actually understood what these lyrics meant and who in fact owned them. My Dads a fan and my Mam has seen him play live. Hence the reason for my knowing of him from a young age.

At Folsom Prison is a live album that was recorded funnily enough at Folsom Prison, you can even hear the yelps and shouts of the prisoners throughout the album, with Johnny even taking requests for songs from his audience, be that staged or not it’s quite effective. There are many songs from the album that no doubt you will recognise from ‘the film’ if that’s how you know of Johnny Cash. Some of my favourites are pretty popular but sure the meaning of popular is ‘to be enjoyed by many people’ and there’s no harm in that.

Normally I add a video or two of my favourite songs/tracks but I couldn’t find and I don’t think there exists any video recording of the Folsom Prison recordings, there are from other prisons … funny that. Anyhoo I came across the full album on youtube so I’ve included that instead. Don’t know how legal that is but sure hey, I shouldn’t end up in prison. Enjoy!