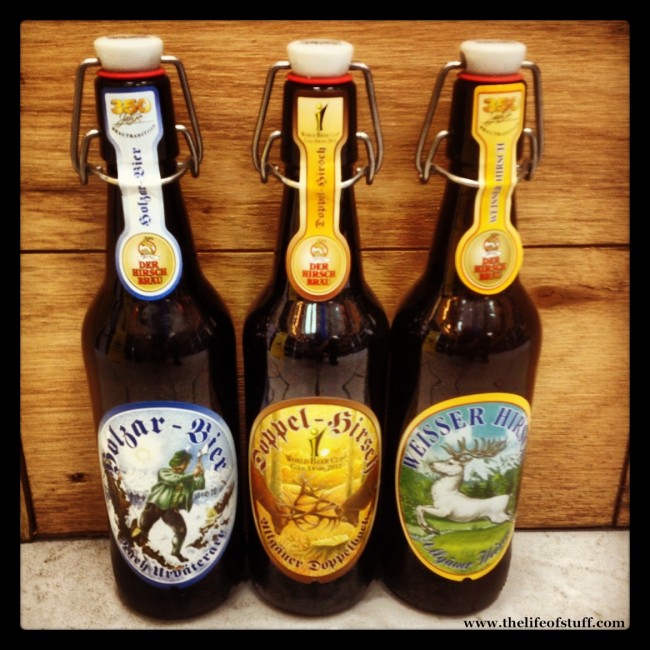 Well we all know that craft beer is on the up and up in Ireland and across the world. Here in Ireland craft brewery’s seem to be coming out of the wood work left right and centre which is a great thing and I will be going through all the home growing craft beers in the coming weeks but this week we are going to have a look at Hirsch brewery from Bavaria Germany as I was lucky enough to sample a few beers from their range over the weekend and must say I enjoyed every last sip.

Holzar Hirsch 5.2% is their winter brew and has a bit of darkness to it. Not too heavy but it has a bit of a bite to it.

Doppel Hirsch 7.2% is a dark beer full of body and has a lovely malt flavour. It also won a Gold Award at last years’ World Beer Cup.

Weisser Hirsch 5.2% is their traditional wheat beer. It’s not too heavy and has a nice fruitiness to it.

As I said I enjoyed every last sip and I’ll look forward to trying the rest of their beer range. All three come in just under €4 per bottle but are worth it.

Win a Night PLUS Dinner at the Five Star Culloden Estate & Spa, Belfast