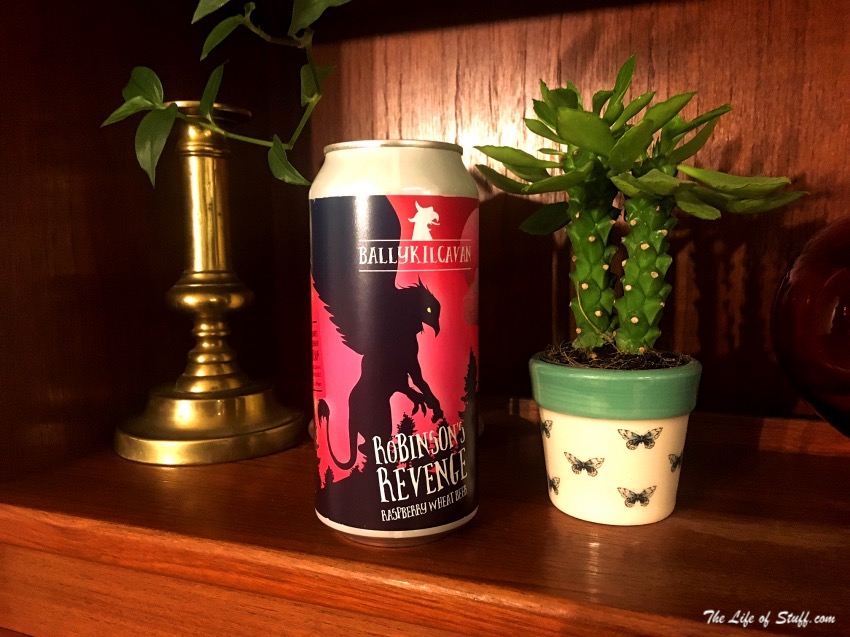 This week, from the village of Stradbally, Co. Laois, and just a 10 km stones throw from where I am sitting right now lies the Ballykilcavan Brewery, and it is in that brewery the beer I’m drinking tonight is made. It’s called Ballykilcavan Robinson’s Revenge – Raspberry Wheat Beer.

The beer is named after a famous gardener who looked after Ballykilcavan. The story goes that he had a bust up with someone on the estate back in the late 1800s, and was so angry he stormed off, but not before he opened the doors to all the greenhouses to try and kill off the plants! Anyway, I’m glad he inspired this tasty Bevvy.

Ballykilcavan Robinson’s Revenge is a very tasty wheat beer. But a wheat beer with a twist, a twist of raspberry that is. The beer pours really nice with a cloudy blood orange colour. Really good balance of flavours with just a touch of raspberry.

Robinson’s Revenge, Raspberry Wheat Beer comes in a cool 440ml can and will cost around €3.50.
Enjoy, Sláinte,
Patrick 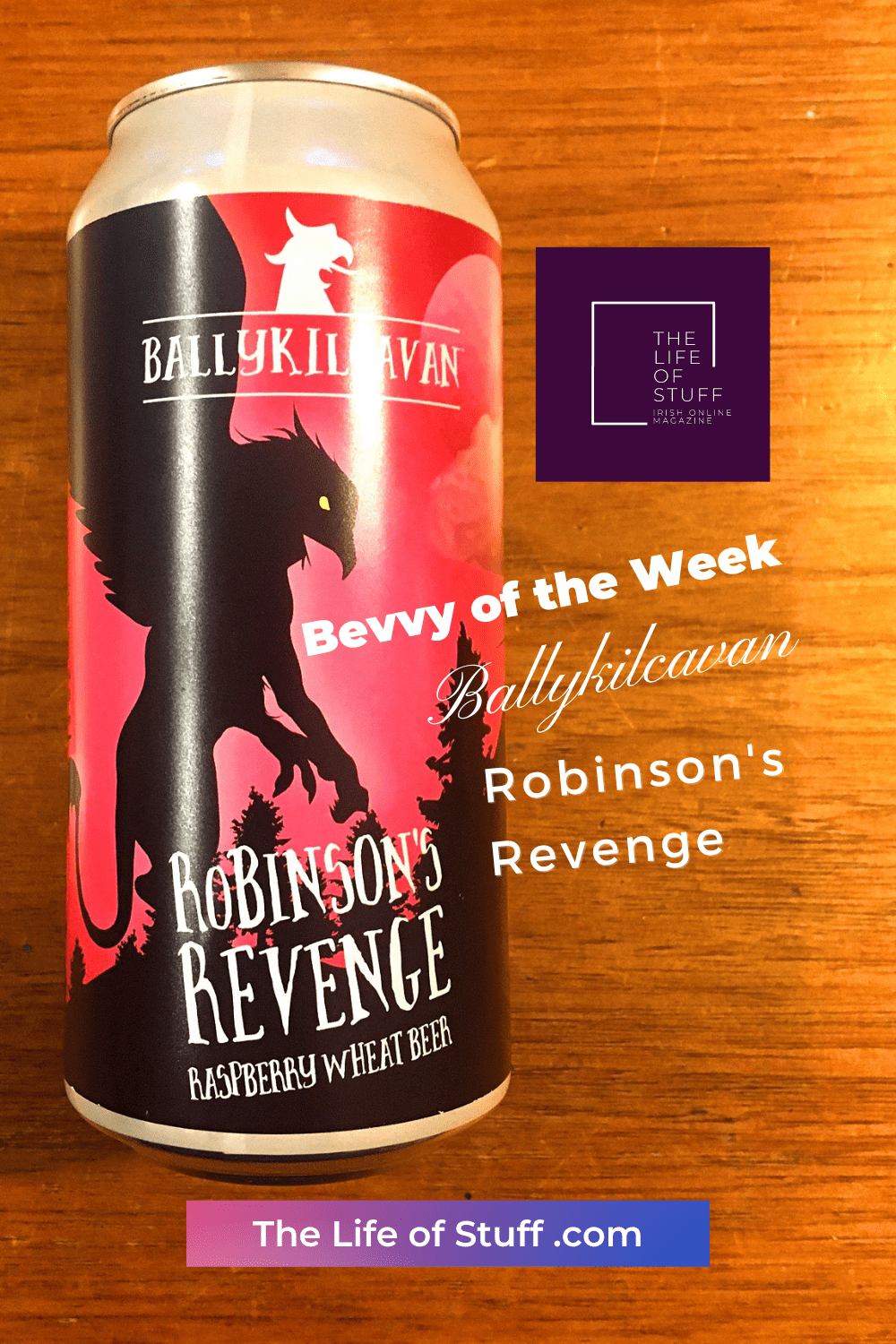 4 Things To Consider Before Bringing A Dog Into Your Home