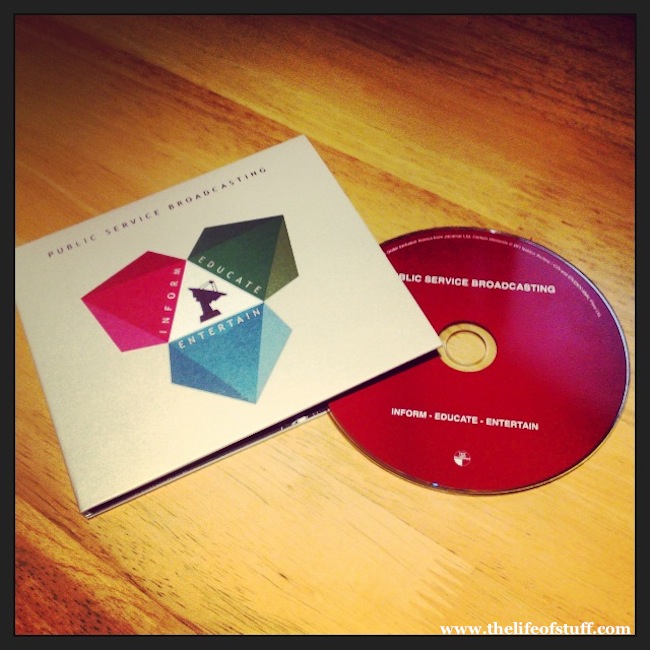 Public Service Broadcasting is my new thang – and it all kicked off with one little video to their new single ‘Night Mail‘ which will be released on November 4th this year. The single is from their critically acclaimed debut album Inform – Educate – Entertain and with reviews like …

‘There is a strange and gripping transport to be had in these imaginative flights concerning climbing Mount Everest, the Luftwaffe-bashing Spitfire, and in the Kraftwerk-in-a-garden-shed bango clap-along ROYGIV.’ Mojo, May 2013

‘This often sounds more like a BBC4 documentary than a pop record. And that’s no bad thing.’ The Independent on Sunday (UK), May 2013

‘Their UPS lies in their assured threading of post-war archive material from StudioCanal, the BFI and old propaganda reels through Avalanches-style musical collages.’ Jul 2013

… it’s no wonder they were a huge success across the Uk during festival season. The album was also nominated for Best Independent Album at the AIM Awards 2013. Festival season is over and so is Public Service Broadcasting’s 46 date UK tour. They are currently touring with Manic Street Preachers and have the US and Europe in their sights but they are also coming to these fair isles and are planning on celebrating the full release of the album in the Republic of Ireland and Northern Ireland at the following gigs

I’m hoping to catch them at The Button Factory in Dublin and with tickets at €12 a pop, it’s a pretty sweet deal.

So who are Public Service Broadcasting? Well they are J. Willgoose, Esq. on stringed instruments and electronic instruments and Wrigglesworth on drums, piano and electronic instruments. Add to these sounds their samples of public information films, archive footage and propaganda material and you have a very eclectic Public Service Broadcasting. I think the idea of their samples and music is to actually Inform, Educate and Entertain and it’s working for me.

For more information on the band you can visit their website here. You’ll find all you need to know on their website with links to connect with them on Facebook and Twitter which they are pretty active on … which is nice if you’re into it. I am. I got my hands on a hard copy of their album but if you’d like to download it you can and it’ll set you back a very worthy €8.99.

For your pleasure I have included the brilliant video for the aforementioned song/track five, Night Mail, the video for the fabulously happy song/track seven, ROYGBIV, which was their debut single back in 2012 and finally one of my favourite tunes from the album, song/track 10, Everest.