We’re not going to make the obvious joke with an obligatory Game of Thrones reference, but the colder weather has reached us. And with this cold weather comes some mighty fine eating and for many – craving winter foods.

The following winter foods and drinks, snacks, main courses and desserts have crept into our thoughts before now. But we just haven’t had the appetite for them! Now, however, things are changing, and our taste buds are seeking out flavours beyond chicken salads and white wine. Here are ‘10 Winter Foods We’ve Been Craving All Year‘ – ten culinary niceties we’re ready to reintroduce ourselves to. 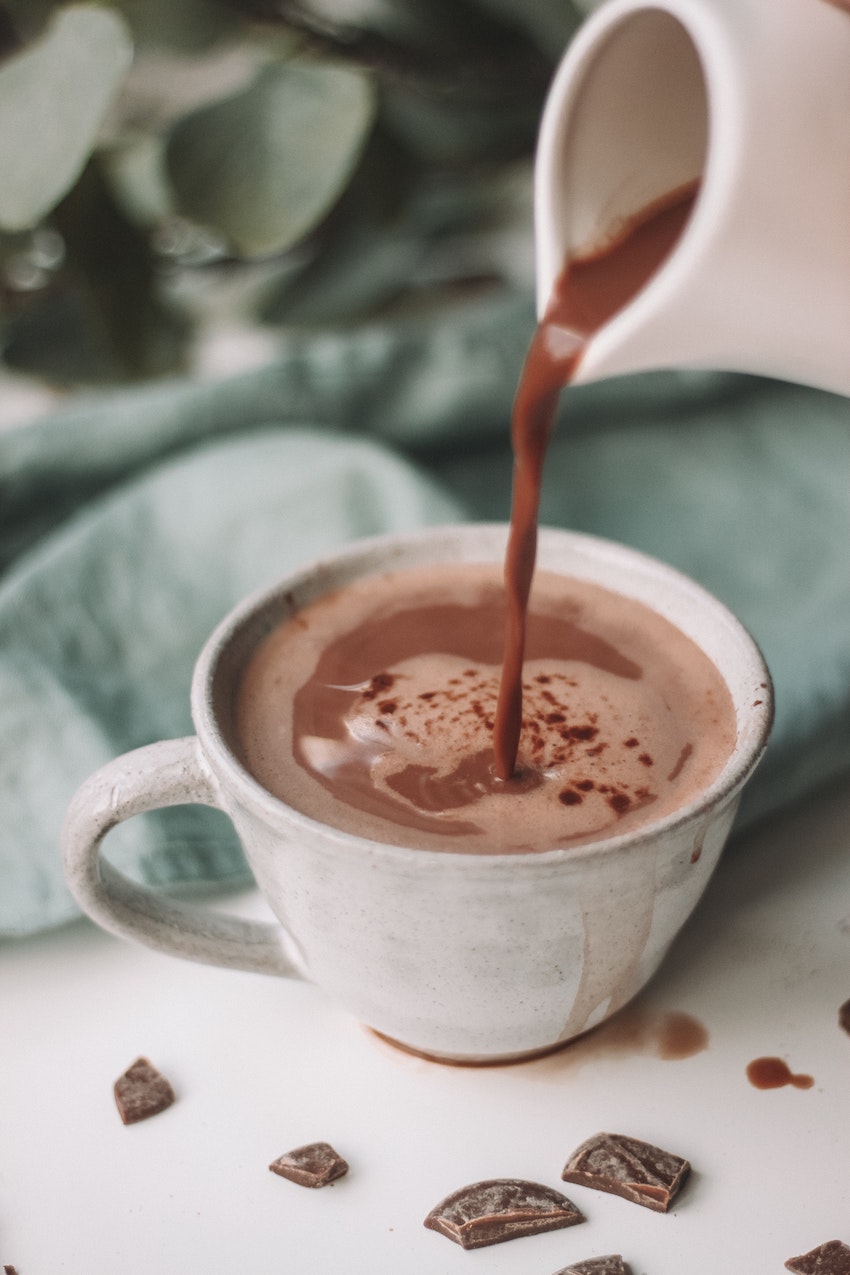 Photo by Maddi Bazzocco on Unsplash

The thought made us gag in June, but right now, we’re down with the idea of chocolate, cream and marshmallows all mixed together in a glorious, sugar coma-inducing mess. You can normally find us ordering one of these bad boys at 11am when two pieces of toast just doesn’t cut it. 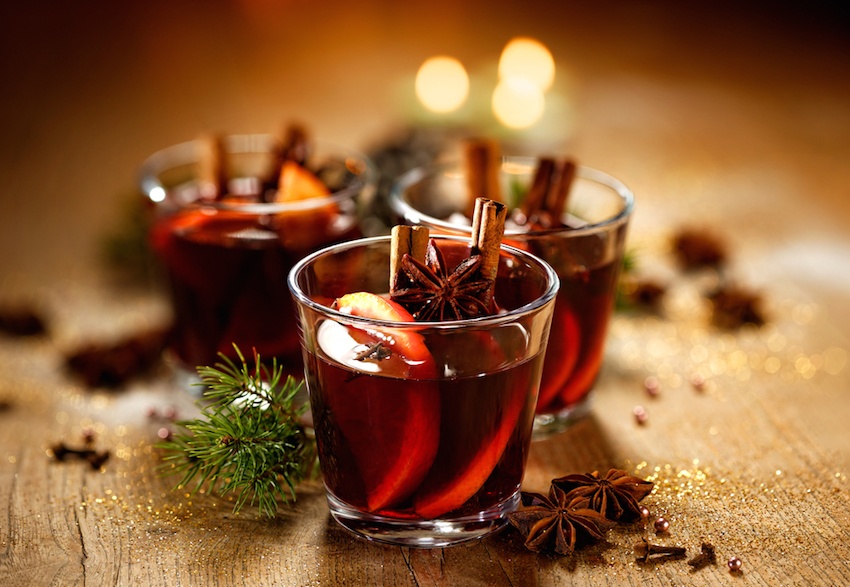 It’s like Ribena – but hot – and after five glasses you suddenly feel unmistakably merry and you can’t work out why. All those spices; it should make us hanker after chai tea lattes, but without the alcohol kick, some might say what’s the point? Looking for a recipe? We’ve got one here: Alcoholic and Non-Alcoholic Mulled Wine Recipes – with and without ‘the kick.’ 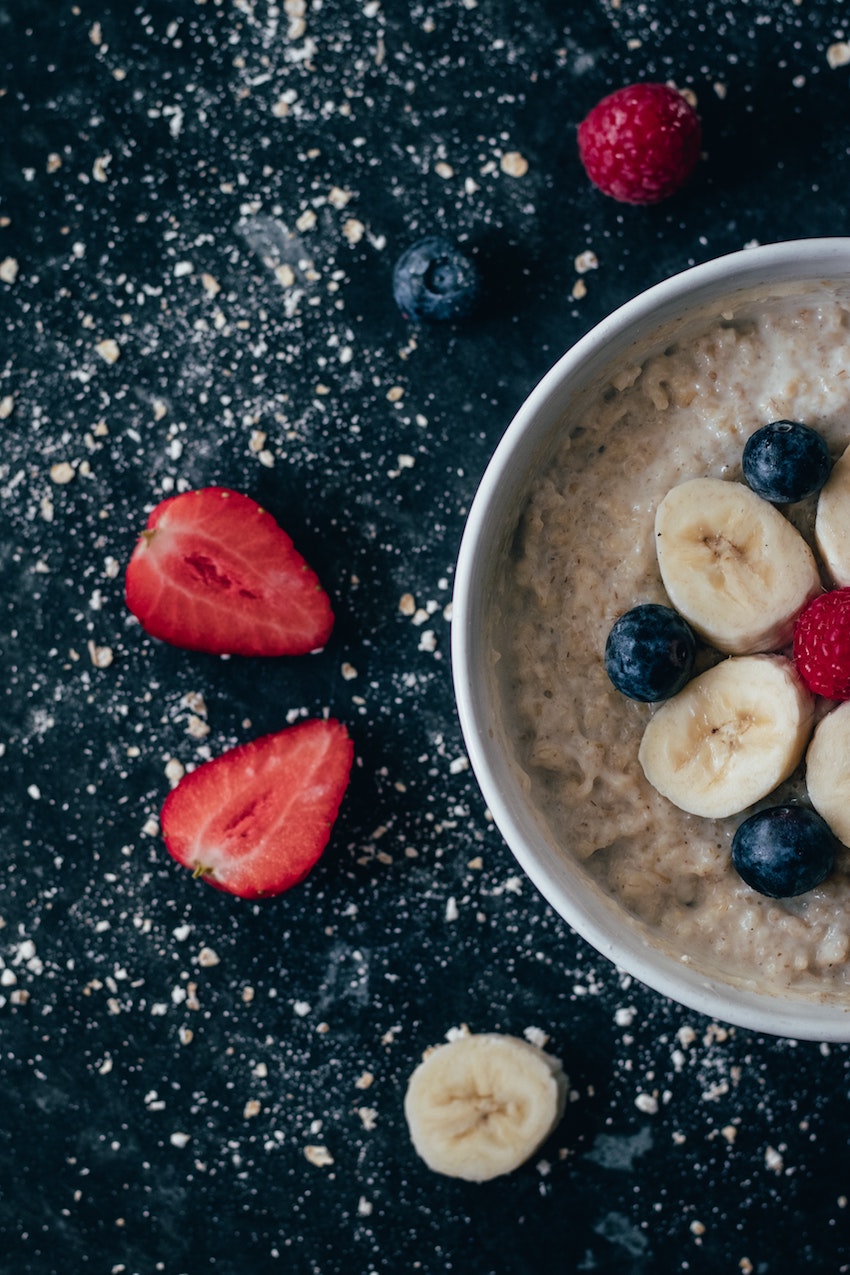 Photo by Alex Motoc on Unsplash

With honey. Or banana. How about cinnamon and blueberries? Initially considered too stodgy as summer joined us, porridge is now making a comeback. Top tip: Don’t buy the economy porridge from the supermarket; the oats don’t quite lend themselves to breakfast, just flapjacks. Get the mid-range bag. And don’t waste your time with sachets; they’re never enough. 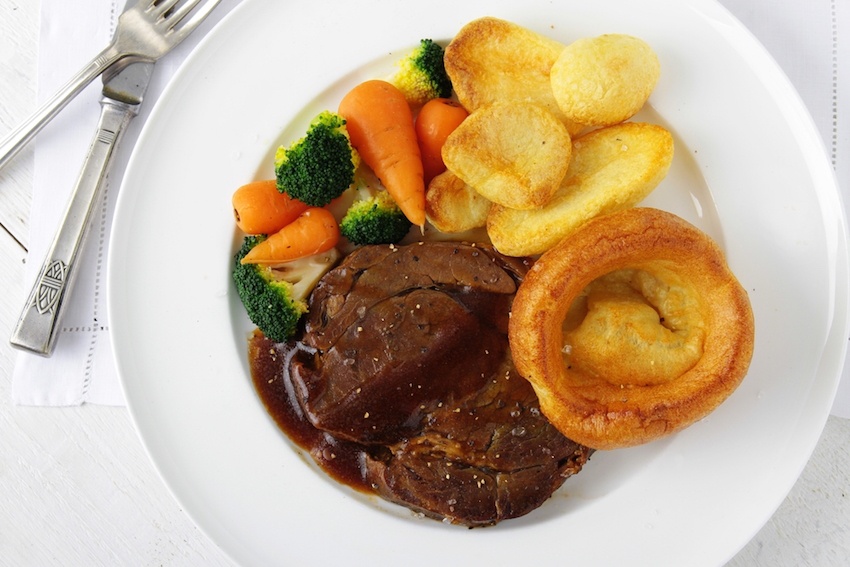 Whether it’s roast beef, pork, chicken, fish or indeed meatless – we’re ready for our roast dinners with roasted potatoes, root veggies, Yorkshire puddings, stuffing and gravy. Bring it on! And we might just have seconds too! 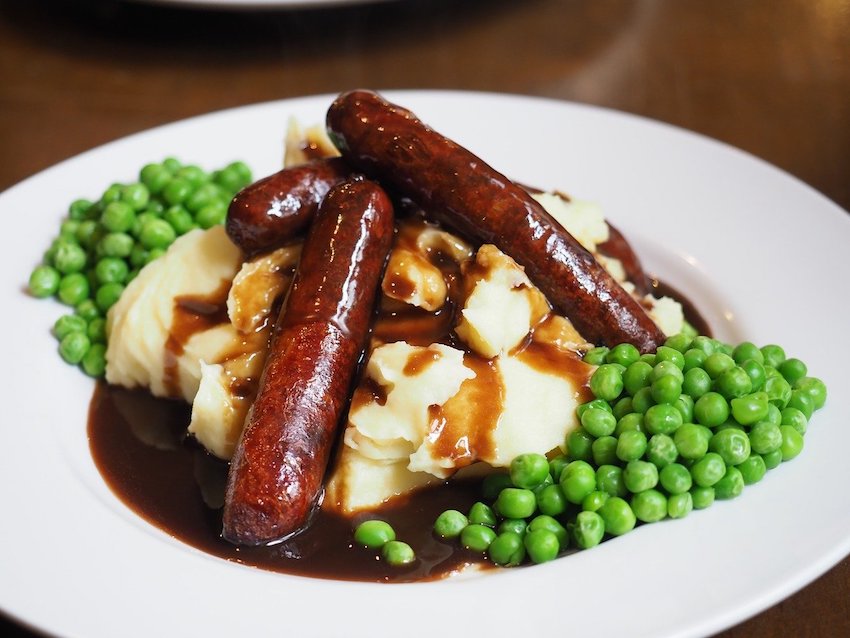 Sausages and Mash, or ‘Bangers and Mash’, depending where you’re from, definitely deserves a place on this ‘Winter Foods’ list. The mash needs lots of butter, the sausages must be from your local butcher, or your favourite veggie or vegan brand – and there must be a squabble over whether the dish should be eaten with gravy alone or with garden peas. 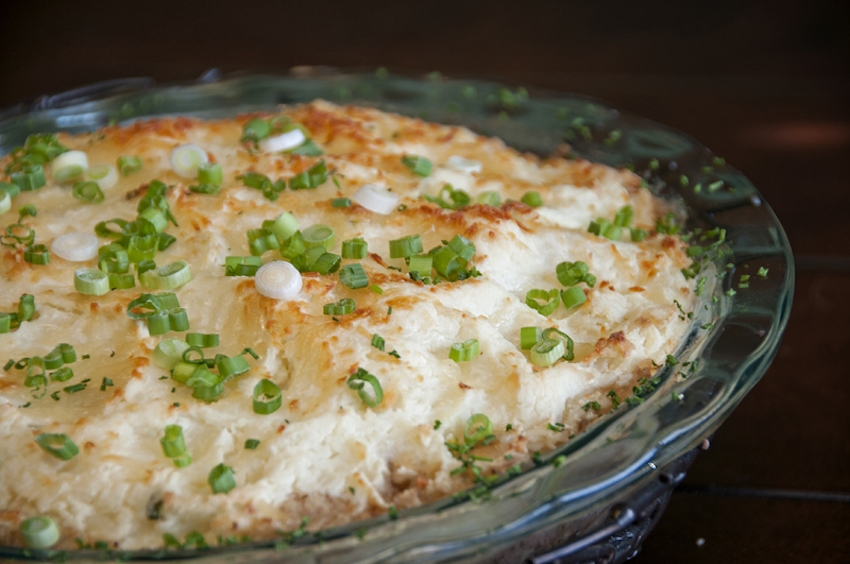 There is no ill that this dish cannot cure; we’re even big fans of the veggie version. Some people use minced meat like in cottage pies, others stick to the traditional recipe of minced lamb. People tend to be split on the matter of putting grated cheese on top. We say, when in doubt, add the cheese. And sure why not? 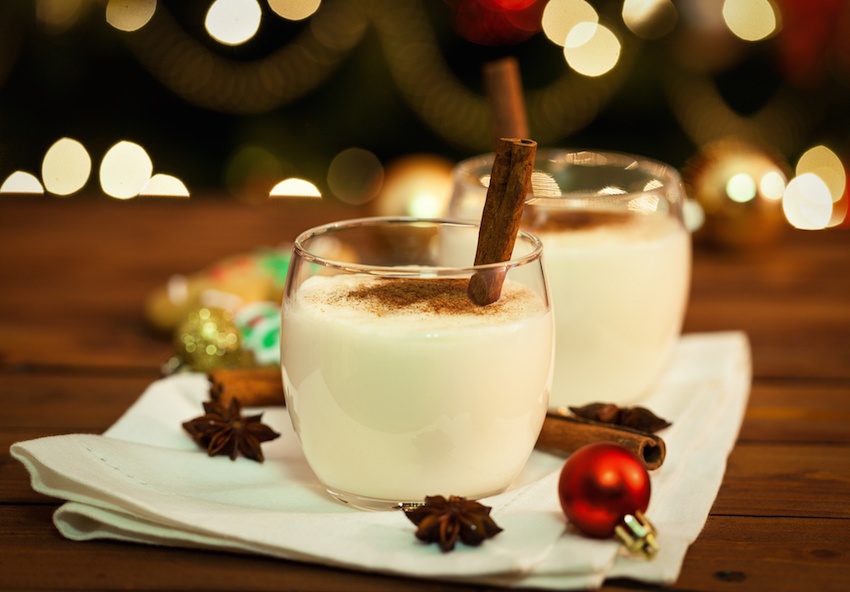 Although small doses of this ambrosia will keep you going for the next week or so (it’s horrifically rich), a small serving, when you’re in the mood, will warm your cockles like nothing else. Lovely, sweet, and laced with just the right amount of booze, it’s the ultimate hangover drink for when things aren’t looking up at 3pm. 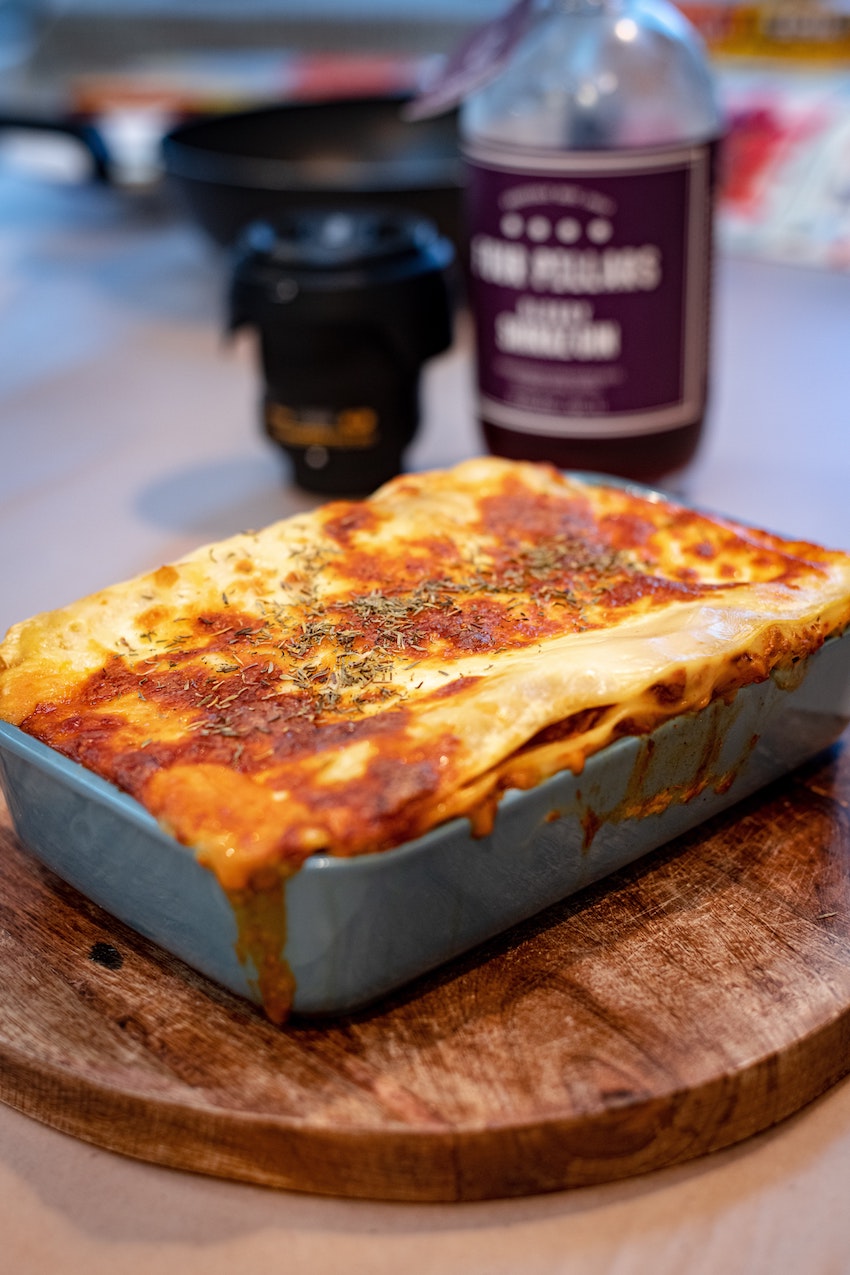 Photo by Paul Pan on Unsplash

This dish can be filed under the same heading as Shepherd’s Pie – it’s one of the ultimate comfort foods – but the lovely thing about lasagne is you can have a salad with it, thereby upping your vegetable intake during the time of year when most of your vitamins may be coming from Black Forest Gateaux. 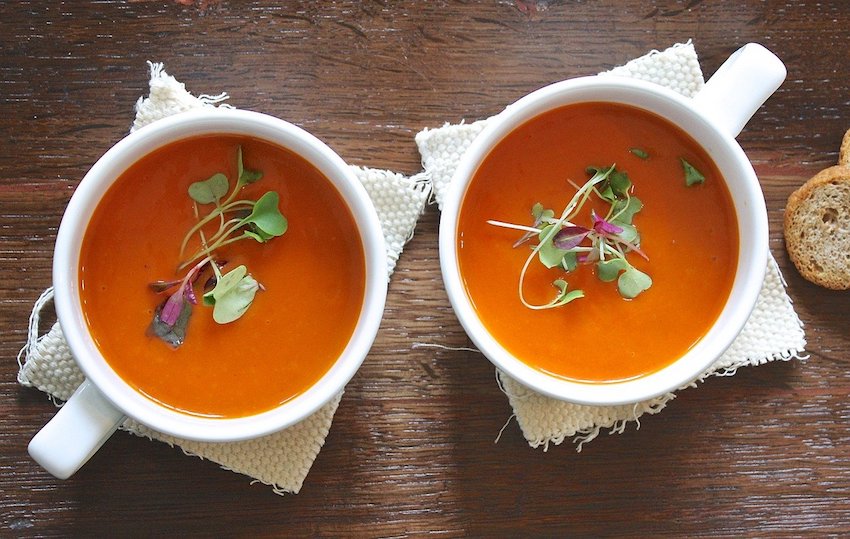 Try a Minestrone – this chunky soup is best enjoyed with heaps of black pepper and buttered bread. It’s up to you whether you add a few slices of cheese to the mix but some prefer to keep their pleasures simple. Or how about a hearty Cabbage Soup like this one – Delicious Hearty Cabbage Soup with Parsley Croutons Recipe 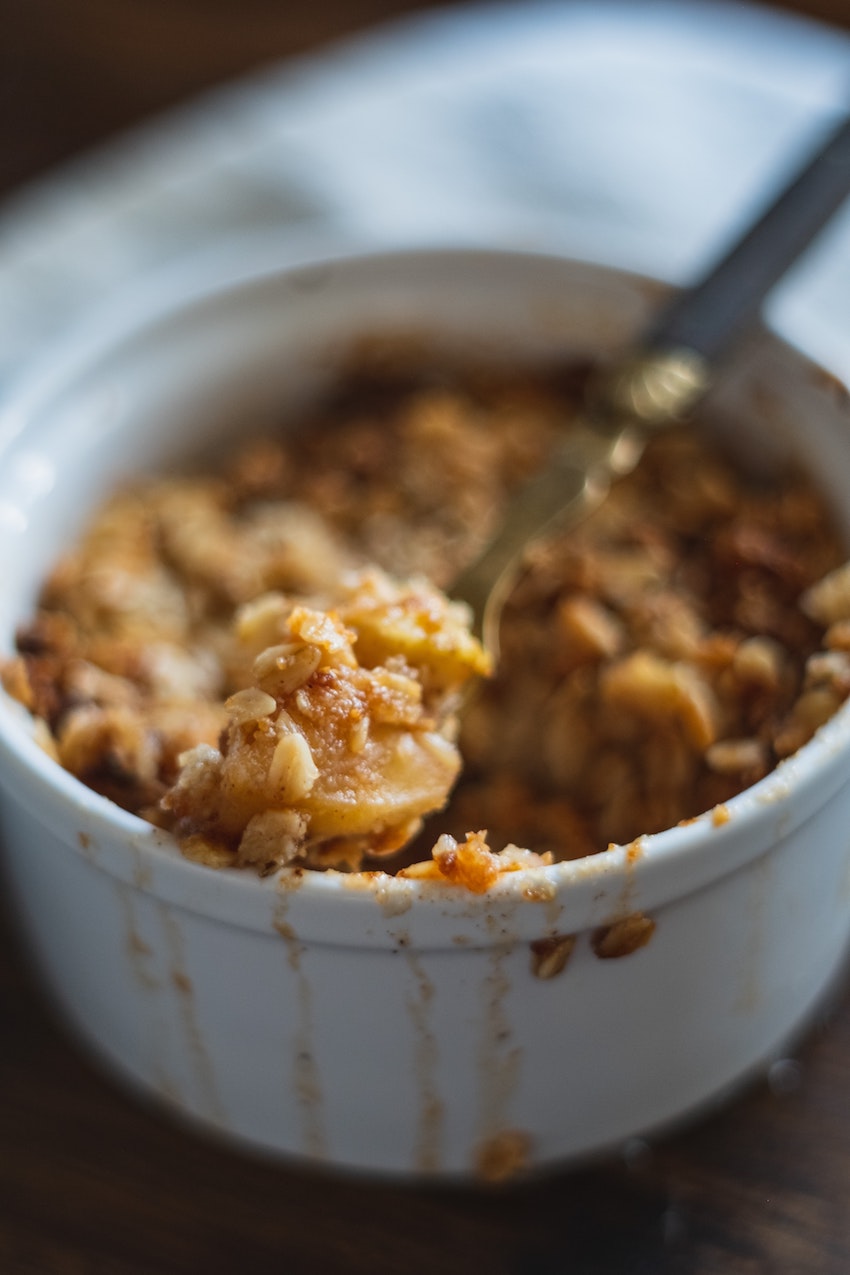 Photo by Dilyara Garifullina on Unsplash

No. 10 – Apple and Blackberry Crumble

The humble crumble returns to our kitchen year after year when the nights draw in and there’s nothing good to stream. We’ve been thinking about a buttery topping mixed with rich fruit juices for a while now; must have been all those summery cocktails which initially set us off. More custard, please. And for a simple Apple Crumble Recipe try this one – Apple Crumble – It’s So Easy

For more on food and drink, from recommendations to recipes visit The Life of Stuff Food & Drink here

PIN The 10 Winter Foods & Drinks We’ve Been Craving All Year: 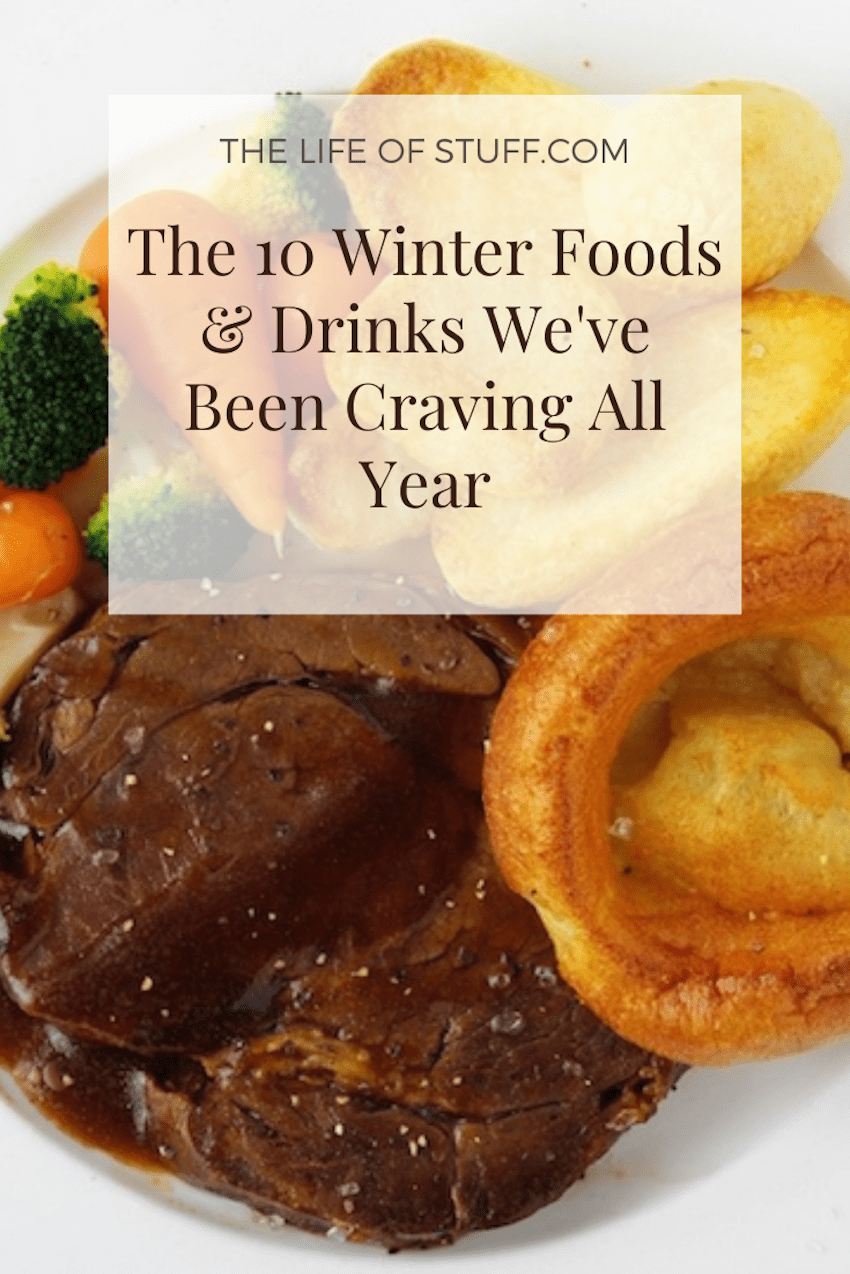 7 Ways For Vulnerable Individuals To Limit Risks During The Pandemic

5 Effective Ways to Reset Stress and Manage Your Cortisol